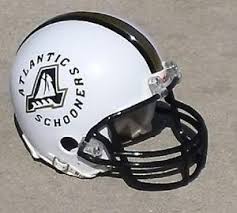 The City of Charlottetown has thrown its support behind Halifax’s bid to land a Canadian Football League  team.

Council unanimously backed a resolution inviting the Atlantic Schooners organization to visit Charlottetown to provide a public presentation of their plans and the potential spinoffs for the region.

“This would be a tremendous shot in the arm for amateur football in Atlantic Canada,’’ said Coun. Mitchell Tweel, adding that he’d love to see a training camp and exhibition game held in Charlottetown.

“The opportunities are endless when it comes to training camps, being mentors to Islanders that are aspiring to play not only varsity football but professional football.’’

Tweel added that the city should reach out and invite CFL commissioner Randy Ambrosie to the city for a state of the union address as to where the game is today.

HALIFAX - Proponents for Halifax's proposed CFL team say they have now sold more than 6,000 season-ticket applications - and will present more business details to city hall as early as today.


Atlantic Schooners founding partner Anthony LeBlanc says that level of ticket sales is in line with what the organization expected.

He says the group expected to submit a business analysis to the Halifax Regional Municipality as early as today.

LeBlanc also announced that his group plans to unveil drawings for a proposed stadium in the Halifax area by the middle of next month.

On Thursday, the Canadian Football League announced a regular-season game will be played somewhere in Atlantic Canada in 2019, as part of the Schooners franchise drive.

LeBlanc said the Toronto Argonauts will face the Montreal Alouettes on Aug. 25, probably at a temporarily expanded stadium in Halifax, Moncton, N.B., or at St. Francis Xavier University in Antigonish, N.S.

I hope Halifax gets a team. No cold weather games.


Yeah, they never get any blizzards or remnants of tropical storms. Isn't it nice to know all the dullards that can't post on Rod's blog anymore come here to be stupid Scruff?