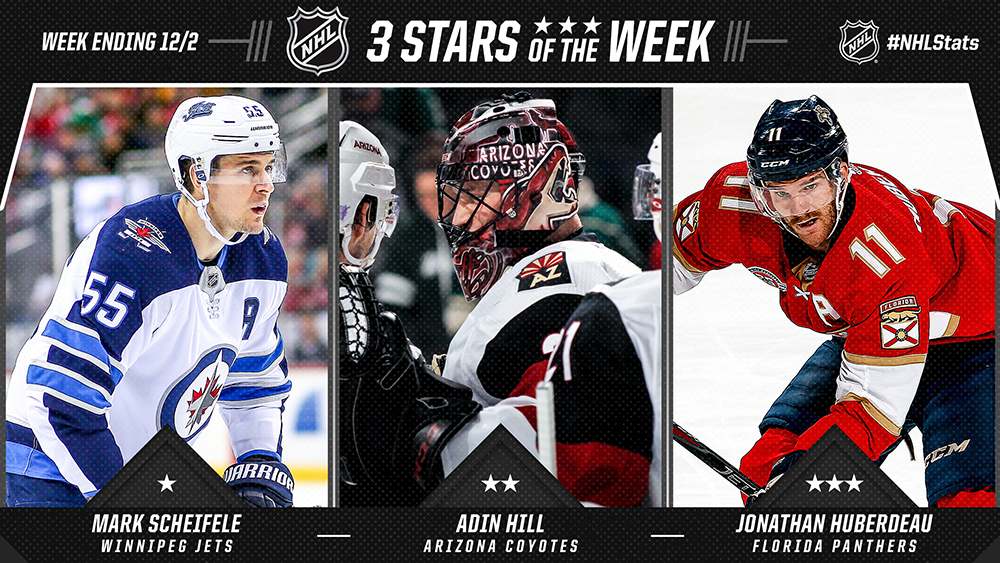 FIRST STAR – MARK SCHEIFELE, C, WINNIPEG JETS
Scheifele shared the League lead with five goals and ranked second overall with eight points in four games (5-3—8) as the Jets (16-8-2, 34 points) picked up three wins to move into third place in the Central Division. Scheifele potted two goals in a 4-3 loss to the Pittsburgh Penguins Nov. 27. He then matched a career high with three assists in a 6-5 victory over the Chicago Blackhawks Nov. 29. Scheifele capped the week with back-to-back decisive goals, scoring twice (including his fifth career overtime tally) in a 4-3 triumph against the New Jersey Devils Dec. 1 and then recording one goal in regulation as well as his fifth career shootout winner in a 4-3 victory over the New York Rangers Dec. 2. The latter completed a three-goal, third-period comeback for Winnipeg, the sixth such win in franchise history (and first since Oct. 19, 2016 vs. TOR). The 25-year-old Kitchener, Ont., native ranks 11th in the NHL with 16-16—32 in 26 contests this season, including 19 points in his past 12 games (10-9—19).