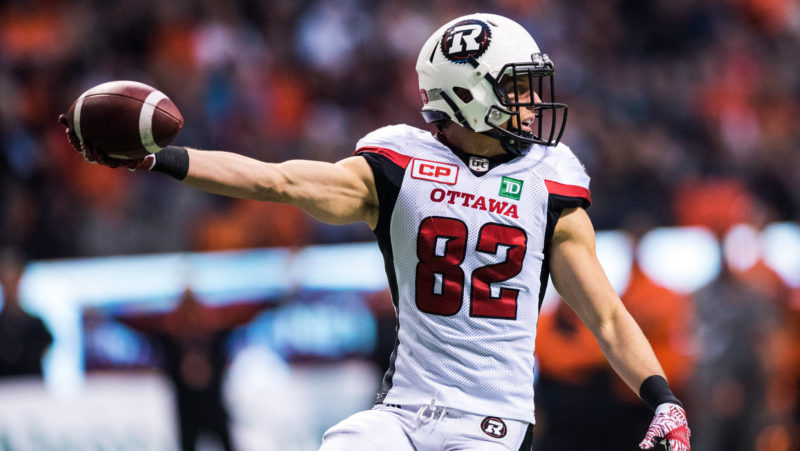 Ottawa Redblacks wide receiver Greg Ellingson has been charged with failing to provide a breath sample into a roadside screening device.

In a separate statement  Saturday, Ottawa Sports and Entertainment Group said it and the Redblacks would “continue to collect information in this case. In the interim, Ellingson will not be participating in team activities.

“Because this is a personal legal matter, the Redblacks will have no further comment on this specific case at this time.”

Police also said there would be “no further comment on this matter,” but added that enhanced operations targeting impaired driving throughout the month of December.


The Redblacks’ season ended last Sunday in Edmonton with a loss against the Calgary Stampeders in the Canadian Football League’s Grey Cup championship game.

The 29-year-old has played with the Redblacks since signing with the team as a free agent in 2015.

His current contract with the Redblacks is set to expire in February, which would make him a free agent.

Tsk tsk, when will they learn before its too late and take the innocent life of someone away.


Riders can sign him so Hughes has a roomie on the road!

I'll bet Hughes is never back in Regina. He's done, he'd hit the wall before his legal problems started.

Hughes a integral piece of the puzzle for the Saskatchewan Roughriders team. Integral I say, integral. He'll be back 2019 season.

At the beginning of the season Hughes was effective because the opposition was double-teaming Jefferson. But, two thirds of the way through the season age caught up to him. It was a good career but his tank is empty.