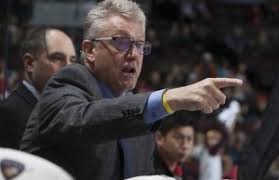 Prairie Hockey Academy, Saskatchewan’s first Hockey Canada Sports School, is pleased to announce the signing of Lorne Molleken as the Elite 15’s Head Coach for the remainder of the 2018/19 CSSHL season.

Lorne Molleken, who most recently was the Head Coach of the Vancouver Giants of the WHL, is
stepping into an exciting roll at the academy and taking on a new challenge. This is something that,
President, Justin Simpkins believes will contribute a great deal of depth to the academy and it's
student-athletes.

“When you think of the name Lorne Molleken, you think of a Saskatchewan hockey player and
hockey coach who has spent years in the game and has contributed a lot to the growth and
development of Saskatchewan hockey. To have the chance to bring someone of Lorne’s
experience into the academy and work alongside him is an incredible honour and privilege. All of
us will benefit from his insight and mentorship.” – PHA President, Justin Simpkins

Lorne will be joining the team for their first practice back from the Christmas break on Thursday,
January 3, 2019 as they prepare for their inaugural Elite 15’s home tournament, The Prairie Classic,
which they will host from January 4-6, 2019 in Caronport, SK.

Lorne Molleken has had a successful career behind benches from the junior ranks to the NHL. The
former minor league goaltender has also been a head coach with the Chicago Blackhawks as well as an assistant coach with the San Jose Sharks, the Pittsburgh Penguins, and the Blackhawks.
at 12/29/2018