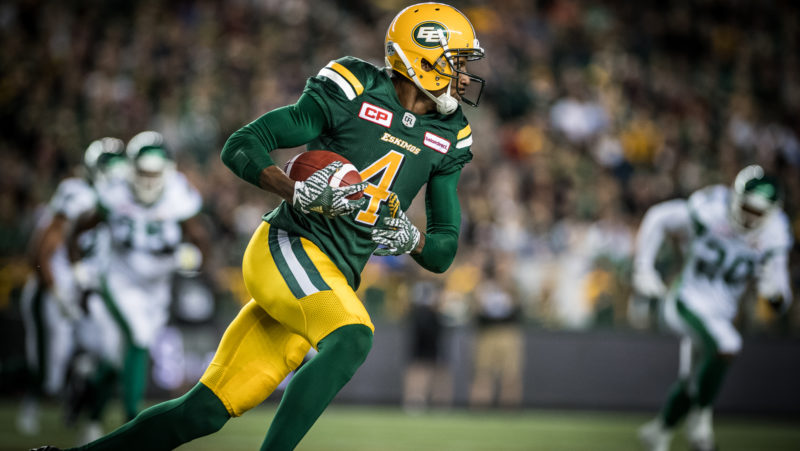 The 6’3, 220 lbs Oklahoma State product has spent the past seven seasons in Edmonton, consistently being one of the league’s most dangerous receivers. He recorded over 1,000 yards receiving in four of those seven seasons, including leading the CFL in yardage (1,761), receptions (120) and targets (168) in 2016.

The Edmonton fan favorite was is a three-time CFL All-Star and three-time Division All-Star, and was honored with the 2017 Tom Pate Memorial Award, given to a player who has made a ‘significant contribution to his team, his community and association.’

“Adarius will certainly add another level of playmaking ability to our offence,” said General Manager, Kyle Walters. “He has grown tremendously both on and off the field over his years in the CFL, and we’re excited to re-unite him with Matt Nichols and watch him work with our receivers in 2018.”

Bowman has played in 124 career regular season games, tallying 653 receptions, 9,024 yards, and 48 touchdowns. He has also recorded 40 receptions for 622 yards and six touchdowns in postseason play, while also registering four receptions for 173 yards and a touchdown in a Grey Cup victory in 2015.

He is one of only ten players to ever record at least three 200-plus yard receiving games, and since 2008 he is first in second down reception conversions with 206. Over his career, Bowman has recorded 62 receptions of over 30 yards and has 36 100-yard receiving games.