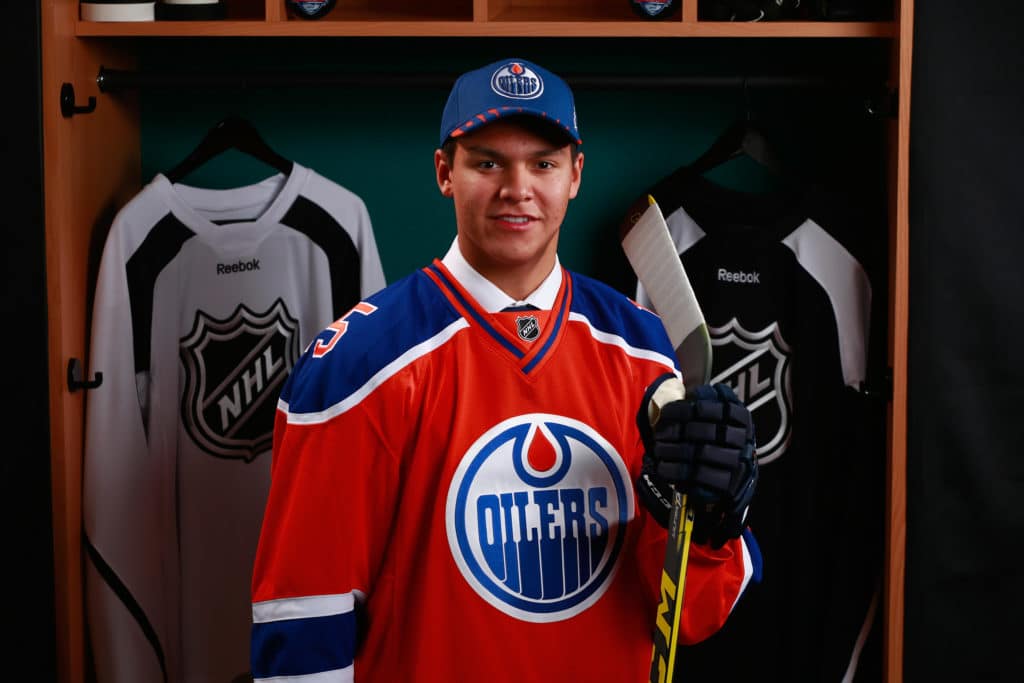 The Edmonton Oilers have recalled defenceman Ethan Bear from the AHL's Bakersfield Condors.
Bear, 20, has 16 points (6G, 10A) and 12 penalty minutes in 34 games this season with Bakersfield.
The 5'11", 209-pound defenceman is in his rookie professional season, after being drafted by Edmonton in the fifth round, 124th overall, of the 2015 NHL Draft.

In 2016-17, Bear, who comes from the Ochapowace First Nation, captained Seattle to the WHL Championship and was named WHL Defenceman of the Year. Bear played for Canada's National Under-18 program twice, winning gold at the 2014 Hlinka Memorial and a bronze medal at the 2015 World U18 Men's Hockey Championship in Switzerland.

Here's hoping the Oilers don't screw him around like they did with Brandon Davidson.

Ethan is already better than stud defenseman Klefbom but McLellan won't figure that out.

The Oilers have killed so many young stars' careers

All the best Ethan! Do us proud!