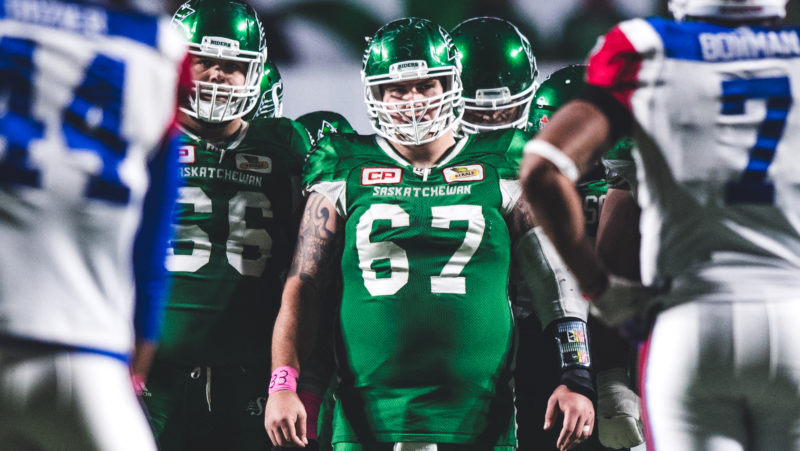 The Saskatchewan Roughriders have signed national offensive lineman Dan Clark to a two-year contract extension keeping him with the team through 2019.

Clark (6’2 – 310) will remain with the Riders for his sixth CFL season after originally joining the club as a territorial junior in 2009. The 29-year-old Regina native has played 79 career regular-season games, four playoff games and the 2013 Grey Cup with the Green and White after making his pro debut August 19, 2012.

Last season, Clark started the first six games of the regular season at centre. After missing the next nine games due to injury, Clark returned to start the final three regular-season contests and two playoff games at centre.

Clark was eligible to become a free agent today.