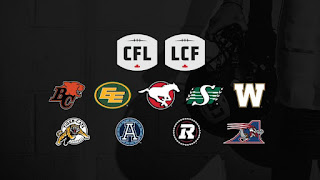 The Edmonton Eskimos have extended international linebacker JC Sherritt through the 2019 season.
Sherritt appeared in one game during the 2017 season where he recorded a fumble before sustaining a season-ending injury in that game.

“J.C. Sherritt is a vital part of this organization both on and off the field. His play on the field speaks for itself, and we’re a better defense with him in the lineup. More than his physical attributes, his leadership is something that can’t be measured, as he is the QB of the defense,” said Eskimos General Manager & VP of Football Ops. Brock Sunderland. ” He aggressively attacked his rehab, and I know he’s excited to get back out there flying around in the Green and Gold.”

The former CFL Defensive Player of the Year (2012) has appeared in 91 career games during his seven-year Eskimo career and has recorded 407 tackles, including a then CFL record 130 tackles in 2012, 16 forced fumbles, 12 quarterback sacks, 12 interceptions, and one touchdown.

The Calgary Stampeders have released their most reliable receiver.

On Friday morning, the Stampeders announced that they’re released Marquay McDaniel so that he could explore free agency, only a year after they signed the veteran to a two-year deal reported to be in the $150,000 a year range.

“This is a very difficult decision that was made necessary because of the realities of the salary-cap system,” said Stampeders president and general manager John Hufnagel.

“Marquay has been an excellent player for us for the past six seasons and we owed him the opportunity to explore his options around the league prior to the start of free agency on Tuesday. We wish him the best of luck and would certainly welcome him back in the future if the circumstances were right for both sides.”

McDaniel joined the Stamps in 2011 and quickly became a key cog in the team’s offence and the preferred target of QB Bo Levi Mitchell.

It’s notable that the Stampeders made it very clear that this was a salary cap decision in their press release. McDaniel was very vocal in his criticism of teammate Kamar Jorden after the 2017 Grey Cup, but that apparently had nothing to do with the team’s decision.

McDaniel is the latest in a series of Stampeders veterans who had big roles with the Stamps last year but will no longer be playing with the team in 2018.

The Montreal Alouettes announced on Friday that the club has signed national offensive lineman Philip Blake to a two-year deal.

Blake (6’2″, 311 lbs.) will return to the Alouettes for a fourth season. The 32-year-old played in nine games in 2017. During his first six games, prior to getting injured the Alouettes allowed only eight sacks to begin the season, good for second place in the CFL. With Blake in the line-up and with a healthy offensive line, the Alouettes did not allow a sack in their first three games of the season. During his first two seasons, Blake started all 36 games. In 2015, Blake was part of an offensive line that allowed only 33 sacks, a league best, tied with the Calgary Stampeders. In 2016, along with his teammates, he allowed Tyrell Sutton to finish the season as the CFL’s leading rusher. Blake played 45 games in the CFL, all as a starter with the Alouettes.

“Philip is an important part of our offensive line and our quarterbacks feel confident playing behind him. It was important for us to have Philip return. On top of being a force on our offensive line, Philip is one of the most appreciated guys in the locker room“, declared Alouettes General Manager Kavis Reed.

Drafted in the third round of the 2011 CFL Canadian Draft by the Alouettes, the Toronto, ON had success at the collegiate level with Baylor University Bears, which allowed him to get drafted in the fourth round by the Denver Broncos in 2012. He spent the following two seasons in Colorado, playing pre-season games before joining the Arizona Cardinals.

McDaniel's release has nothing to do with what happened after Grey Cup the Stamps say.

After what this guy pulled, does anyone sign him? Even Kavis isn't that stupid!