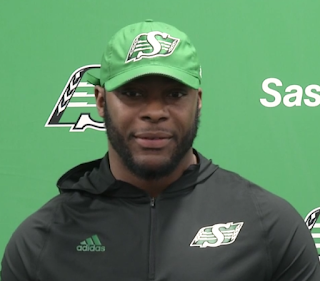 The Saskatchewan Roughriders have signed international defensive lineman Charleston Hughes to a contract extension keeping him with the team through 2019.

The Riders acquired Hughes February 2nd in a trade with the Hamilton Tiger-Cats, shortly after the Ti-Cats had picked up Hughes from the Calgary Stampeders.


Mwah ha ha ha!! The pieces of the puzzle just keep coming together.

That's Jones/Murphy scouting and recruitment department at it's finest. Lock in a guy until he's 36 years old, that will build a dynasty.