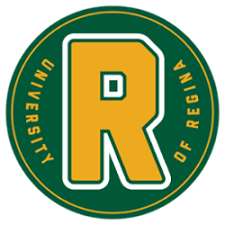 Men’s Basketball – The Cougars finished the Canada West schedule with a weekend road split against Saskatchewan, losing 93-80 on Friday before coming back with an 81-76 victory on Saturday. Regina, which ends up with an 11-9 record in conference play, will now host a Canada West play-in game on Thursday night (7:00) at the CKHS against Thompson Rivers. The winner of that game advances to the conference quarterfinals.

Wrestling (Women’s U SPORTS Ranking: No. 2 / Men’s U SPORTS Ranking: No. 9) – The Cougars will be sending wrestlers in every weight class to Edmonton this weekend for the Canada West Championships hosted by the University of Alberta. Amber Wiebe and Daniel Amberson will look to defend their gold medals from a year ago, while the Cougars will chase their first team title since 2012.

Women’s Volleyball – The Cougars (12-10) completed an epic comeback on Friday which saw them face match point in the third set before coming roaring back for a five-set victory over a UBC team that entered the weekend ranked No. 3 in the nation. Regina settled for a weekend split after a four-set loss to the Thunderbirds on Saturday, and will close out the regular season at home this Friday and Saturday against Manitoba. The Cougars need just one win to clinch their first postseason berth since 2014.

Men’s Volleyball – The Cougars took a set off the No. 1-ranked team in the country on Saturday, but the UBC Thunderbirds walked away from the weekend with a pair of wins to improve their impressive Canada West record to 18-2 on the season. Regina will close out the 2017-18 season at home this weekend looking to play the role of spolier, as the Cougars host a Manitoba team on Friday and Saturday that enters the weekend two wins out of a playoff spot with four matches remaining.

Women’s Basketball (U SPORTS Ranking: No. 2) – The women’s team also finished with a weekend split in Saskatoon. The Cougars locked up the No. 1 seed in the Canada West postseason with a 74-59 win on Friday, then rested four key contributors on Saturday and lost the rematch by an 87-82 score. The Cougars will have a bye this weekend before hosting an opponent to be determined in the best-of-three Canada West quarterfinals beginning Thursday, Feb. 15 at the CKHS.

Women’s Hockey – The Cougars played two tight games against the Calgary Dinos last weekend, falling 3-2 in overtime on Friday but bouncing back for a huge 2-1 win on Saturday afternoon. Regina currently holds the sixth and final Canada West playoff spot, sitting two points ahead of Calgary and one back of Mount Royal. Regina will clinch a playoff berth with two wins over last-place Lethbridge at home this weekend, or can get some help from the first-place Manitoba Bisons who will play host to the Dinos.

Men’s Hockey – The Cougars will close the Canada West season this weekend with road games against Lethbridge after suffering a pair of losses at home against Calgary a week ago. Regina split a weekend series with Lethbridge back in November, falling 6-2 in the opener but rebounding for a 5-2 win at The Co-operators Centre.

Track & Field – Greg Hetterley led the Cougars over the weekend at the Bison Classic, finishing first and setting a new school record in the 1000-metre run (2:27.37). Rookie Shane Patmore also had a strong performance in the long jump, finishing second (7.02m) while jumping up to No. 5 in the national ranking in the event. The Cougars will split the squad this weekend, sending a large contingent to Edmonton for the Golden Bear Challenge with a few remaining home to participate in the Regina Indoor Games.

Swimming (Women’s U SPORTS Ranking: No. 7 / Men’s U SPORTS Ranking: No. 8) – The Cougars travelled to Calgary for the Colleges Cup Mountain over the weekend, with the men’s team placing second at the meet and the women’s team finishing fourth. Noah Wasyliw was the U of R’s top scorer with 92 points scored, while Bree Crookshanks led the women with 84 points. The Cougars will now have two weekends off to prepare for the 2018 U SPORTS Championships, which will be hosted by the University of Toronto.