No Grey Cup at Mosaic Stadium in 2019 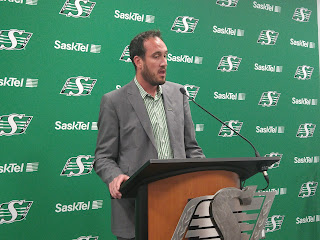 Some in Rider Nation were hoping the team’s new home would play host to its first Grey Cup in 2019, but that won’t be happening.

Riders president and CEO Craig Reynolds told 620 CKRM’s Rod Pedersen on Thursday’s “Sportscage” that the game will not take place at Mosaic Stadium for a simple reason—–they did not put in a bid.

“You want to make sure you are ready from a stadium perspective and although the first year in the stadium was fantastic, there are still some things you want to work on.”. Reynolds said. “Those things just made us say pause and that 2019 may not be the right year for us.”

As for where the 2019 game will be played, Reynolds says the league’s board of governors will get an update on that next week when they meet in Florida.