NHL Players Of The Week 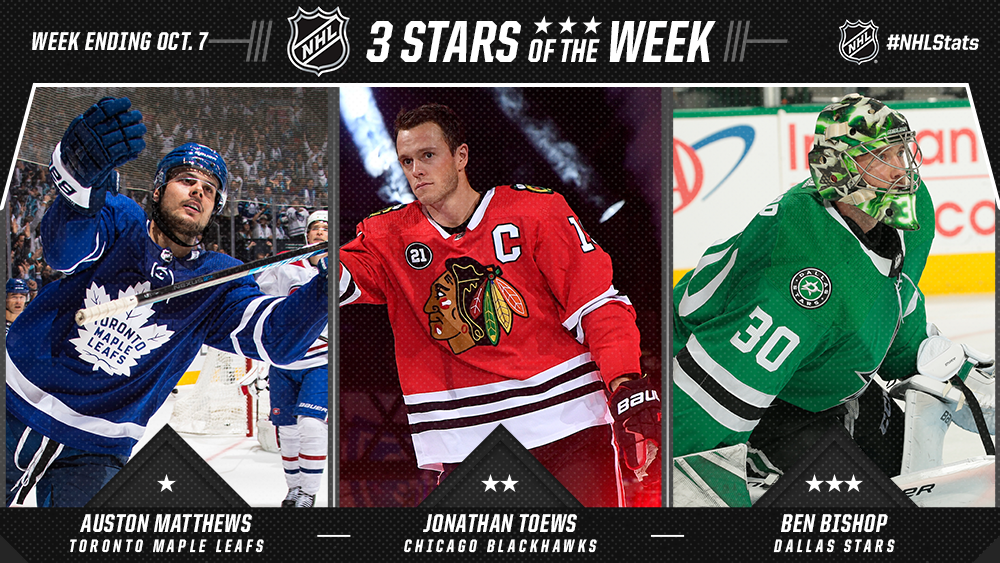 Toews shared the League lead with five goals and ranked second overall with six points (5-1—6) as the Blackhawks (2-0-1, 5 points) earned five out of a possible six standings points to open the season. He began the campaign with 1-1—2, including the lone assist on Patrick Kane’s overtime goal, in a 4-3 victory over the Ottawa Senators Oct. 4. Toews then registered his fifth career hat trick, including the overtime winner, in a 5-4 triumph against the St. Louis Blues Oct. 6. In doing so, he became the fifth player in Blackhawks history – and first since Dec. 2, 2006 (Jeff Hamilton) – to complete a hat trick with an overtime goal. Toews finished the week with one goal in a 7-6 overtime loss to the Toronto Maple Leafs Oct. 7. The 30-year-old Winnipeg native has 297-383—680 in 794 career NHL games, including a franchise-record 11 overtime goals.

The Leafs fans will be unbearable this week