Riders In Playoffs, But Where Do They Finish? 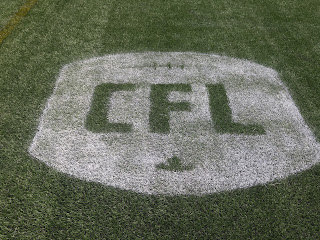 Hamilton, Ottawa and Saskatchewan all punched their ticket to the post-season, joining Calgary last week and with all but one playoff spot taken for, we start looking at how teams are jockeying for position.

The Riders win over Edmonton cannot be overstated as they have put themselves in the drivers seat to lock up the host spot for the Western Semi-Final while still having an outside chance at finishing first in the division. The Riders can clinch a home playoff berth with a win and a BC loss.

The Stampeders can wrap up the division and host their third straight Western Final with a win over BC and a Saskatchewan loss.

In the East, it is a two-horse race to see who will finish first.  We know that both Ottawa and Hamilton will host a game but who earns the bye is still very much up the air and this week will cement nothing regardless of the outcomes.  With a win in Edmonton, Ottawa can keep ahead of the `Cats but ultimately it will come down to Week 19 and 20 when the two clubs play a home-and-home to decide the division.  Ottawa currently holds the tie-breaker with one game over Hamilton earlier in the season.

Here are the playoff scenarios for Week 18:

Who has clinched a playoff berth

Who has been eliminated from playoff contention

Eastern Semi-Final: BC at Hamilton
Eastern Final: TBD at Ottawa

Out of the playoffs: Edmonton, Toronto, Montreal

Riders In the Playoffs, But Where Do They Finish? Huhhhhhh???? Now That's A Silly Question With A Easy Answer. They Finish In Victory Holding That Old Grey Cup High At Commonwealth Field.