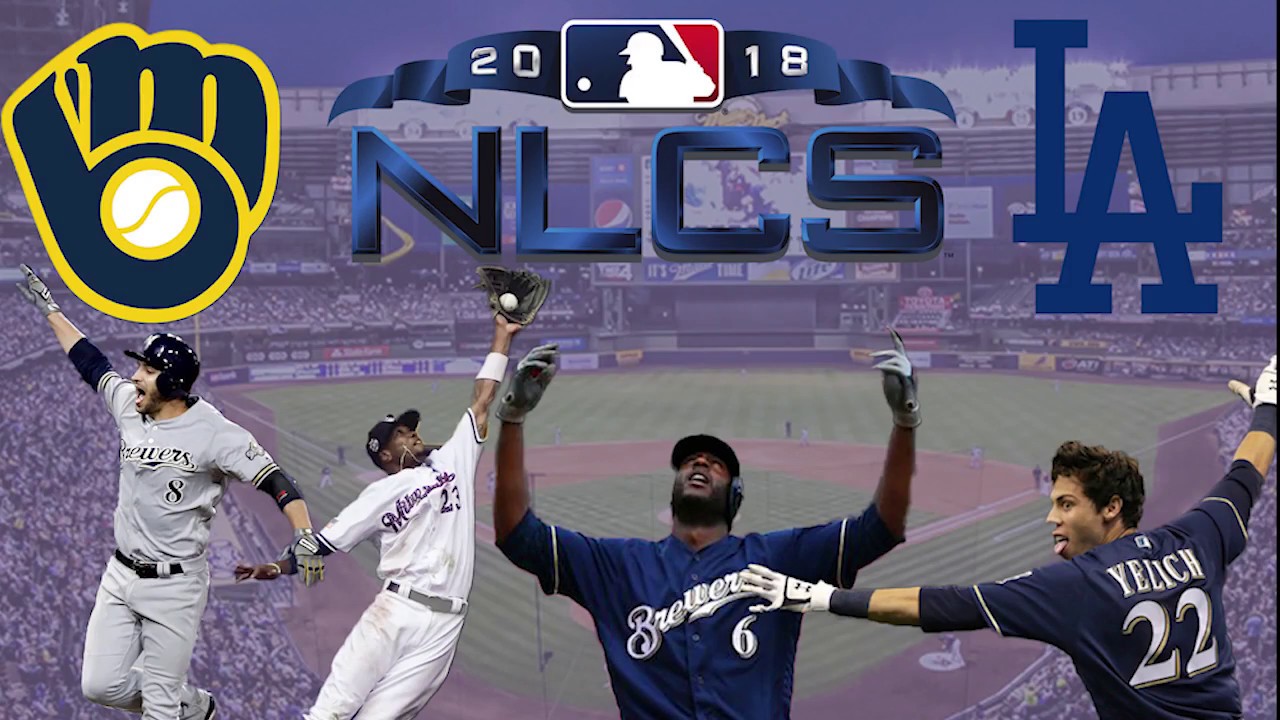 The National League Championship Series will pit a pair of well-rested teams when the Dodgers meet the Brewers at Miller Park for Game 1 tonight.

Teams don't get any hotter than the Brewers, who have won 11 consecutive games, including a sweep of the Rockies in the NL Division Series during which Milwaukee's deep pitching staff set an NLDS record by allowing only two runs, and held Colorado scoreless in 27 of 28 innings.

The Brewers, who have strength in numbers, have decided to start left-hander Gio Gonzalez in Game 1, while the Dodgers will counter with their ace. Clayton Kershaw would have pitched Game 5 of the NLDS against the Braves had Manny Machado & Co. not closed things out in Game 4 on Monday, setting things up perfectly for L.A. heading into the best-of-seven NLCS. Kershaw allowed four runs (one earned) in six innings and took the loss in his only Miller Park start this year.

Dodgers: After Kershaw in Game 1, the Dodgers will start Hyun-Jin Ryu in Game 2, Walker Buehler in Game 3 and Rich Hill in Game 4. With eight scoreless innings against the Braves in Game 2, Kershaw showed he can still dominate even after losing some fastball velocity. Ryu still relishes the big game. After his seven scoreless innings against the Braves, he has a 1.96 ERA in four postseason starts. Buehler came unglued in a five-run second inning with noisy Atlanta fans helping speed up Game 3 of the NLDS, so management decided to start him at home against the Brewers. He steadied the ship with three more scoreless innings to rest the bullpen. Hill struggled with a tight strike zone in the NLDS clincher, but he's immune to postseason pressure. The lefty also could be used in relief in the first two games.

Brewers: After tabbing Brandon Woodruff to start a bullpen day in Game 1 of the NLDS, the Brewers had another surprise in store for Game 1 of the NLCS. They are going with Gonzalez, the veteran acquired from the Nationals on Aug. 31 who made five regular-season starts for the Brewers in September but didn't throw a single pitch in the NLDS against the Rockies. He did not face the Dodgers at all in 2018, and in fact has not faced them since June 5, 2017, for Washington at Dodger Stadium. The Dodgers had a .730 OPS against left-handers in '18 (it increased to .750 after they added Machado at the All-Star break), compared to an NL-best .798 mark against right-handers.

Who is hot and who is not?

Dodgers: As a team, the Dodgers batted just .210 in the NLDS, but slugged eight homers, two each by Machado and Muncy. They also drew a staggering 27 walks in the four games, illustrating their approach to stay in the zone, attack strikes or take walks, and pass the baton to the next in line. Bellinger, however, is 0-for-11 in his first postseason action since going 4-for-28 with 17 strikeouts in last year's World Series. Grandal had one homer, but was hitless his other 12 at-bats. The Dodgers have considered carrying an extra bat like Chase Utley or Kyle Farmer to help combat Milwaukee's deep bullpen.

Brewers: Yelich pulled away from the pack of competitors vying for the NL MVP Award with a .770 slugging percentage after the All-Star break, capped by a sensational September that included hitting for a pair of cycles. He kept producing into October, with three hits in Game 163 against the Cubs and a two-run homer in Game 1 of the NLDS against the Rockies. Colorado pitched carefully to Yelich, who had just two hits but walked six times. Milwaukee's other big offseason acquisition, Cain, was 0-for-10 in the postseason before logging a fifth-inning single in Game 3 against the Rockies. He'll try to get going in the NLCS; Cain was the ALCS MVP in 2014.

And look out for the 38-year-old catcher Kratz, who was 5-for-8 in his two NLDS starts after becoming the oldest player to start his postseason debut since Lave Cross of the 1905 Philadelphia Athletics.

"You want everybody to go into these four days off feeling really good about themselves," said Braun, the only player remaining from Milwaukee's last NLCS entry in 2011. "We know we can be better than we've been over the past few games."

The Dodgers won the regular-season series between the teams, 4-3, including an entertaining four-game series at Dodger Stadium that straddled the end of July and beginning of August. That series included a 1-0 Brewers win followed by Los Angeles' extra-inning walk-off, then the 21-run rout. … Milwaukee's 11-game winning streak -- which includes the final eight games of the regular season and an NLDS sweep -- is the second-longest in franchise history. The longest belongs to the 1987 "Team Streak", which set an American League record with a 13-0 start to the year. ... With temperatures possibly in the 30s tonight, the roof at Miller Park is expected to be closed.