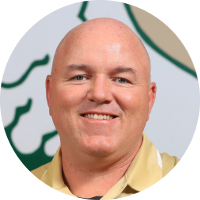 The University of Regina respects the privacy and confidentiality of all personnel matters and will not be providing any further details on Bryce’s departure.

Rams Assistant Coach and Offensive Coordinator, Mark McConkey has been named interim head coach and recruiting, training, planning, and preparation for the 2020 season will continue moving forward under his guidance.

The University of Regina remains committed to the ongoing success of our student athletes, our varsity football program, and the rich history and tradition of Rams football in our community.