Eric Striker Hoping To Make Most Of Opportunity 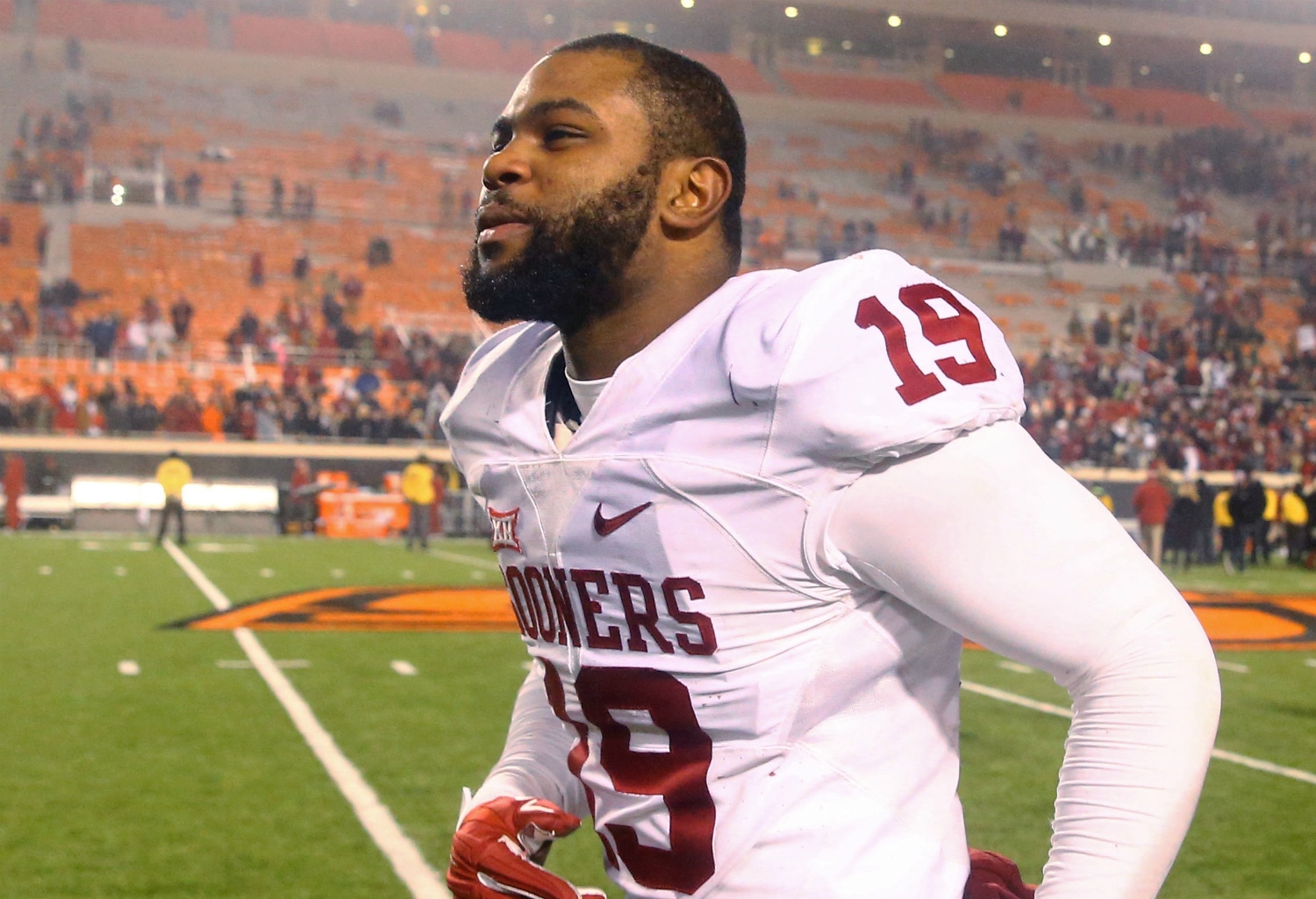 Once again, Oklahoma must find a way to replace the value Eric Striker added to it

Striker, who worked as an OU recruiting analyst for the past 18 months, is giving his professional football career another shot, this time in the Canadian Football League with the Saskatchewan Roughriders, who are 1-1 after a loss Thursday.

“I always felt like the game was still in me,” Striker told The Athletic last week. “I missed being around it like this.”

Striker signed as an undrafted free agent with the Buffalo Bills in 2016 but didn’t make the team and had decided to move on from playing. He returned to Norman, worked on his master’s degree and joined the Sooners’ football staff as a defensive recruiting analyst.

Striker was a fan and media favorite during his Oklahoma playing career between 2012 and 2015. The pass-rushing linebacker is perhaps most remembered for tormenting Alabama quarterback AJ McCarron in the Sooners’ 45-31 upset victory in the 2014 Sugar Bowl. The All-American started all 39 games of his sophomore, junior and senior seasons, helped lead OU to the 2015 College Football Playoff and was one of the best defensive players of the Bob Stoops era.

He also made a big impact for the Sooners in recruiting, something that goes back to his playing days.

In the aftermath of the March 2015 racist fraternity video that embarrassed OU and put it at the epicenter of a national conversation about race, Striker became the public face of the football program’s reaction to it. His leadership on campus helped calm what could have become a volatile situation. OU gave Striker its Otis Sullivant Award for “keen perceptivity” in the spring of 2016. Striker was the 15th overall recipient of the Sullivant award, but the first student recipient.

His actions and leadership in the spring of 2015 very well may have saved OU football recruiting from slipping. He said parents of recruits would bring that up to him sometimes over the past 18 months.

“A lot of people admired the stands we took off-the-field,” Striker said. “A lot of these athletes come from all kinds of different situations and backgrounds. A lot of them had questions about it. I ran across that sometimes from the recruits’ families.

“That whole thing was an opportunity for a lot of things. One of them was to show people that video was not what OU was about.”

The energetic personality that made Striker such a fun player and a team captain translated well into his role within the Sooners’  recruiting department. He appeared in several promotional social-media videos since last summer. Striker would narrate the videos, and OU student employee Zack Hefley shot and edited them.

“It was like recording a hit song,” Striker said. “It was like me and Zack knew we had a hit. We would work on the script. I always had the football player perspective, you know, the grind, the work. Zack knew how to put everything together and edit the videos. We knew it was magic.

Still, Striker couldn’t shake that lingering feeling that he had more to give on the field. That’s why he went through the Roughriders’ mini-camp and preseason, and he did well enough to make the team.

Striker said coach Lincoln Riley and defensive coordinator Mike Stoops were fully supportive of his desire to play in Canada, and that he hopes to return to the job at Oklahoma — at least part-time — in the offseason or maybe after his playing career ends.

“I always felt like the game was still in me,” Striker said. “But, man, I had a great job and had a lot of fun. There is a lot for me to feel good about from that job.”

What happened to the weekly This & That write up Mr Scroofy? Always a must read on Fridays.