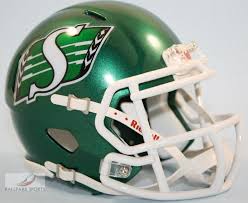 --Mitch Picton is in, Zac Stacy is out and whether or not Zach Collaros is the starting quarterback for the Riders on Friday is anyone's guess.  The former Rams receiver was put back on the practice roster Monday while Stacy refused to go on the PR and was released.  For what its worth, Collaros took a majority of reps with the first-string team on Monday making it seem as if he would be the guy against Toronto Friday night when the season opens up.

--Chris Streveler will be the Bombers starting QB. Streveler, who is from South Dakota, becomes the first rookie to start a CFL Week 1 game since Anthony Calvillo.

--The rift between Pittsburgh Penguins forward Phil Kessel and coach Mike Sullivan is unlikely to result in a trade, general manager Jim Rutherford told the Pittsburgh Post-Gazette on Monday.
Kessel, who had an NHL career-high 92 points (34 goals, 58 assists) this season, was held to one goal in 12 games during the Stanley Cup Playoffs. His name has been discussed in trade rumours with one suggesting he could go to Nashville for PK Subban.

--Dwane Casey has accepted a five-year contract with the Detroit Pistons, one month after he was let go by the Toronto Raptors. Casey was 320-and-238 in seven seasons with the Raptors, winning four Atlantic Division titles and advancing to the playoffs each of the last five years.

--Major League Baseball has extended the administrative leave of Toronto closer Roberto Osuna by seven days through June 18th. That's the fifth time the initial seven-day period has been lengthened. Osuna was put on administrative leave by M-L-B on May 8th. The pitcher was charged with one count of assault, according to Toronto Police.