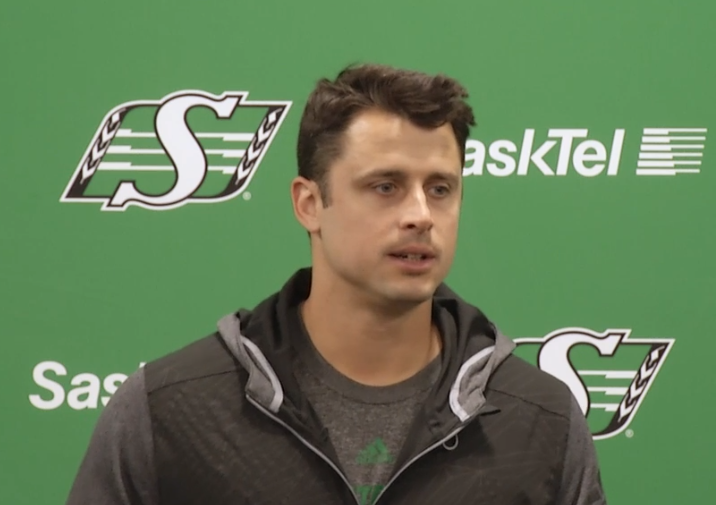 The Riders placed Collaros on the six-game injured list Tuesday, five days after he left Saskatchewan's Week 2 game against the Ottawa Redblacks with a head injury.

Collaros was acquired from the Hamilton Tiger-Cats this off-season. He was 18-of-25 passing for 203 yards and one touchdown in the Riders' season-opening 27-19 win over Toronto.

Collaros missed three games with a head injury in 2016 and was sidelined two years earlier due to a concussion.

It means Brandon Bridge is the starter for now.

He'll be on the 6-game injury list for the full 6 games. That way a third of his salary won't count against the cap.


Remember when some of the knuckleheads who think they know football suggested they trade Bridge.

Let Jones make the decision. Your job is to buy the tickets, go to the games, get the t-shirt and cheer.

God only knows where this team would be if the fans made decisions.


So do you give Darian a call?