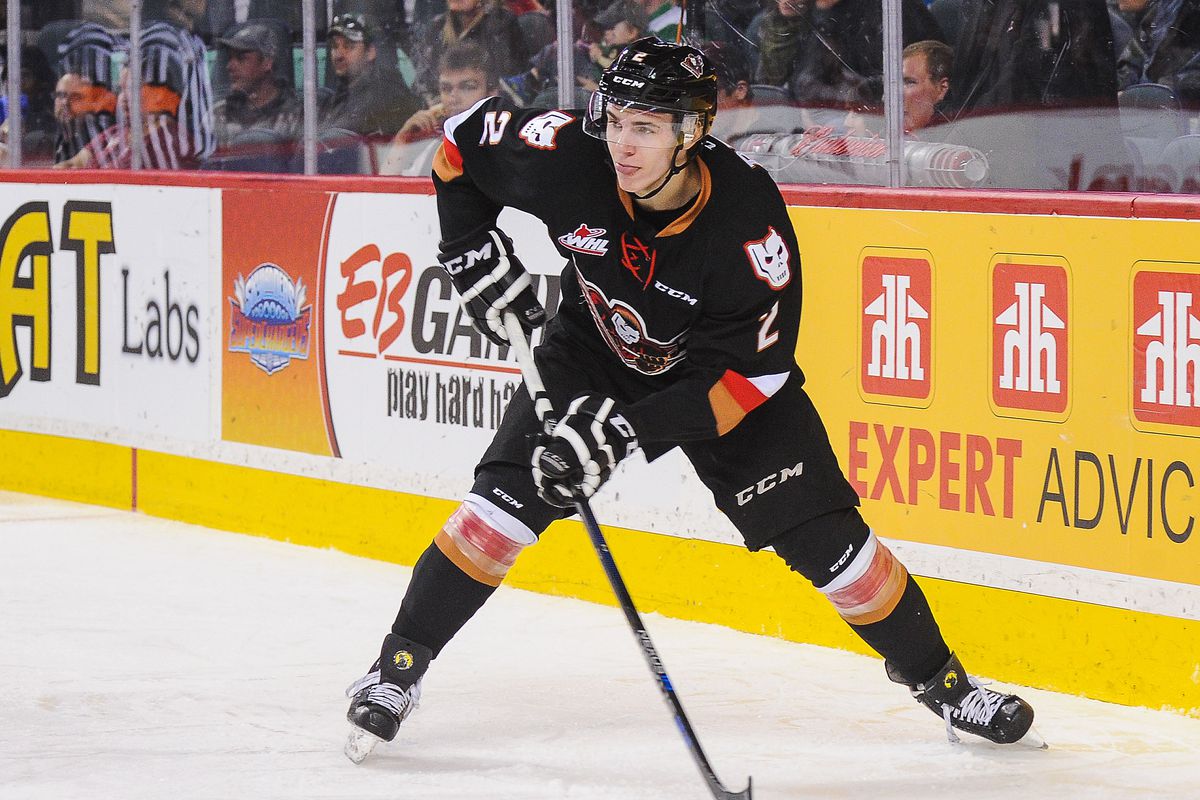 The Tri-Cities Americans have won the Jake Bean sweepstakes.

The 19 year old is headed to the Americans in a massive deal agreed upon Saturday.

Bean, taken 13th by Carolina in the 2016 NHL Draft, is coming off a gold-medal winning performance at the World Juniors in Buffalo.  He was seen as the biggest trade chip in the WHL leading up to the January 10th trade deadline.

“With the team we have this year, I felt it was necessary to acquire another top defenseman,” Americans general manager Bob Tory said. “Jake Bean is an elite offensive defenseman and was the best player available. To acquire such a player, you must pay a steep price.

“Calgary is getting two character players in Dakota and Carson. We wish them nothing but the best in Calgary.”

Carson Focht, a 6-foot-0, 180-pound product of Regina, Sask. is one of five pieces in the deal the Hitmen can build around. Drafted by the Americans with the seventh overall selection in the 2015 WHL Bantam Draft, Focht is a forward with offensive upside and room to grow in the large role given to him in the Stampede City.


Anyone thinking someone of Bean's calibre was coming here had to give their head a shake. Paddock didn't have enough in the cupboard. Meanwhile, Calgary is building up for a run. They have made some great trades over the last month and a half