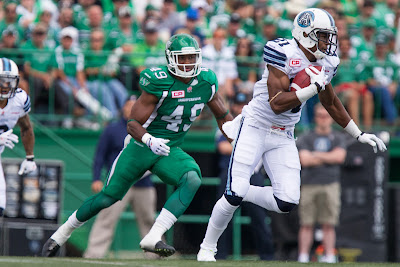 The Saskatchewan Roughriders have released international linebacker Jeff Knox Jr. so he can pursue an NFL opportunity.

Knox spent the last three seasons with the Riders after originally signing with the Green and White in May, 2015. Following his second season with the Riders, Knox signed with the Tampa Bay Buccaneers where he played three pre-season games. He rejoined the Riders in September, 2017.