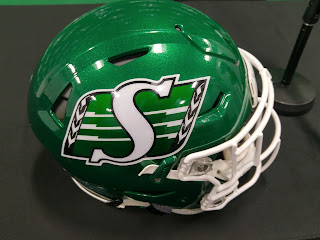 Saskatchewan Roughriders offensive lineman Bruce Campbell has been found in violation of the CFL drug policy. As a result, he has been suspended for two games.

A release from the CFL says Campbell was tested in November with that test being positive for a banned substance known as Ibutamoren.

Campbell issued a statement through the Riders stating he is sorry for what has happened and that he is taking full responsibility for his actions.  He adds he will not appeal.

Under CFL policy, players who test positive are subject to mandatory drug testing, and must participate in an assessment and clinical evaluation to determine if they need more counselling.
at 1/16/2018

In the words of Lynch, "HOW DUMB CAN YA BE!"