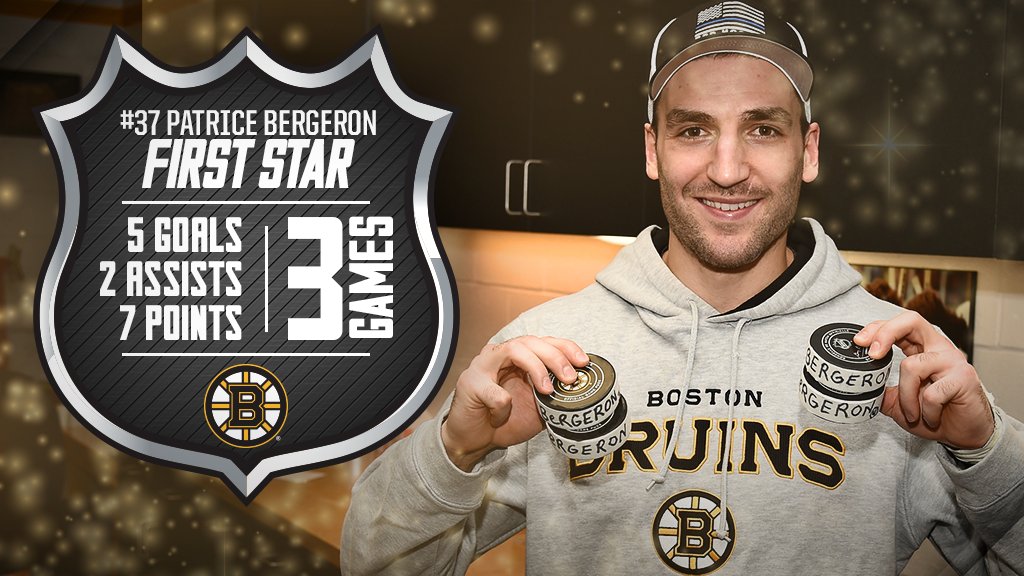 FIRST STAR - PATRICE BERGERON, C, BOSTON BRUINS
Bergeron shared the League lead with five goals in three games (5-2-7) to power the Bruins (23-10-7, 53 points) to a 2-0-1 week, extending their overall point streak to 11 contests (8-0-3). He scored the winning goal in a 5-1 triumph over the New York Islanders Jan. 2. Bergeron then established and matched career highs for goals and points in one game, respectively, with 4-1-5 in a 7-1 victory against the Carolina Hurricanes Jan. 6. In doing so, Bergeron also became the first Boston player to register four goals in one outing since Oct. 28, 1999 (Dave Andreychuk). He closed the week with one assist in a 6-5 overtime loss to the Pittsburgh Penguins Jan. 7. The 32-year-old Ancienne-Lorette, Que., native ranks third on the Bruins with 16-16-32 in 35 contests this season. 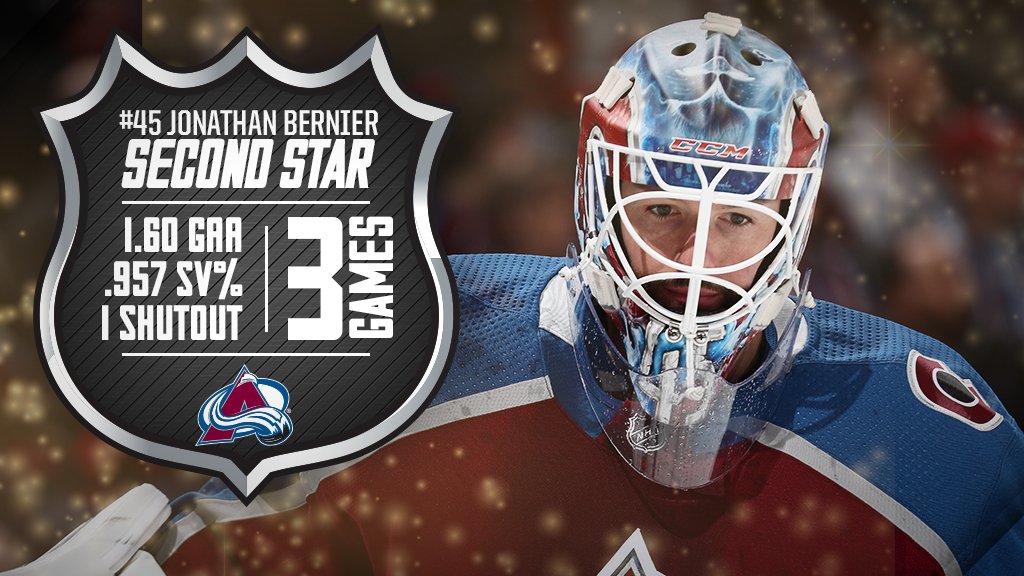 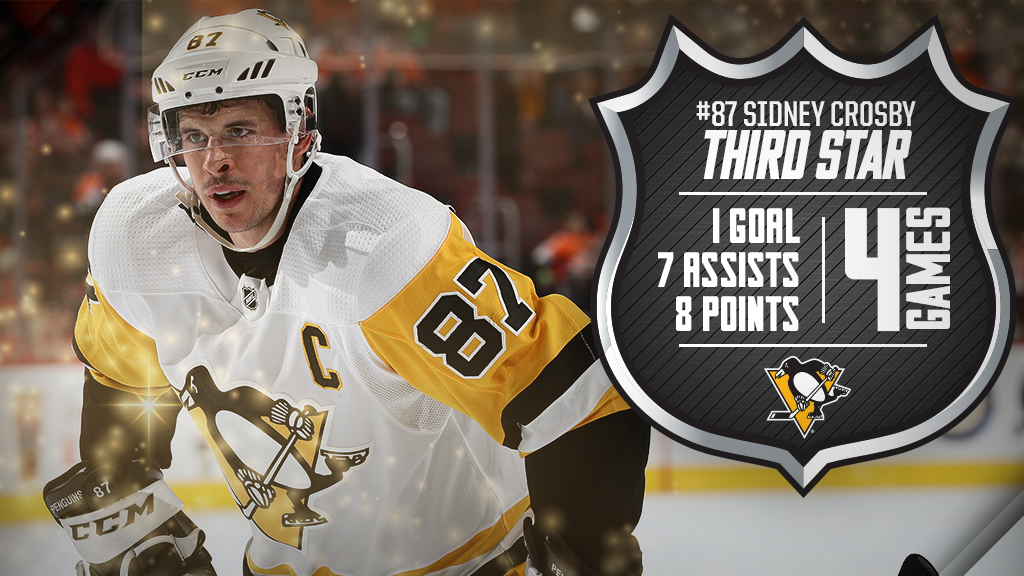 THIRD STAR - SIDNEY CROSBY, C, PITTSBURGH PENGUINS
Crosby collected a League-high seven assists and eight points (tied) in four games to lead the Penguins (22-19-3, 47 points) to a trio of wins. He registered one helper in a 5-1 triumph over the Philadelphia Flyers Jan. 2. After being held off the scoresheet in a 4-0 loss to the Carolina Hurricanes Jan. 4, Crosby rebounded with his 31st career four-point performance (1-3-4) in a 4-0 victory against the New York Islanders Jan. 5. He added three more assists in a 6-5 overtime win against the Boston Bruins Jan. 7. The 30-year-old Cole Harbour, N.S., native sits second on the Penguins and 15th in the NHL with 15-28-43 in 44 contests this season.
at 1/08/2018