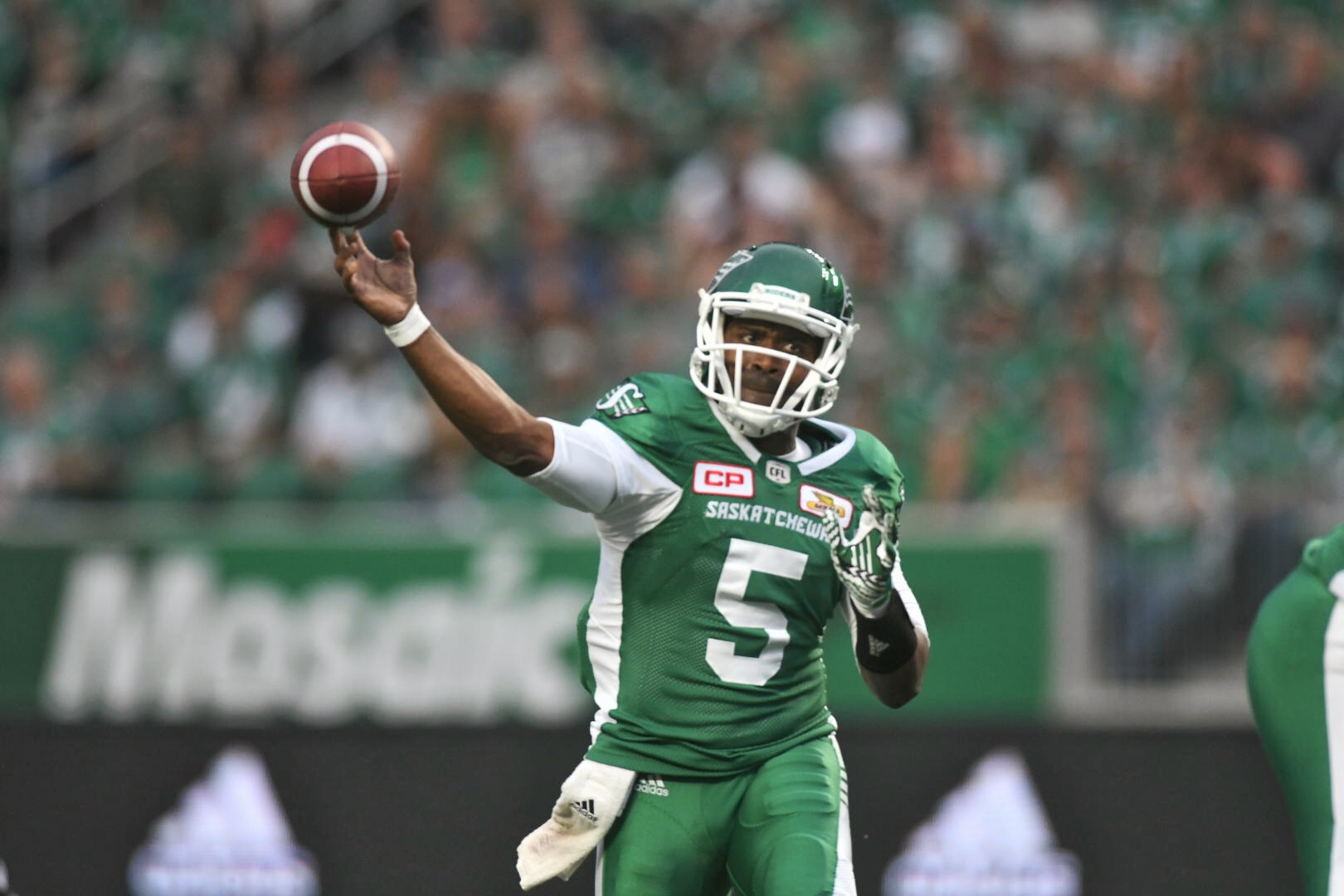 The Edmonton Eskimos have signed international quarterback Kevin Glenn through the 2018 season.

Glenn makes his first stop in Edmonton, making it the final team in the CFL to hold his rights during his 17-year career.

The native of Detroit, Michigan began his CFL career in 2001 with the Saskatchewan Roughriders where he started in eight games that season and would remain for three seasons. Glen has spent time with the Winnipeg Blue Bombers, Hamilton Tiger-Cats, Calgary Stampeders, B.C. Lions, and Montreal Alouettes – the Toronto Argonauts and Ottawa RedBlacks have both held his rights but he never appeared in a game for either team.

This past season in Saskatchewan, Glenn appeared in 17 games where he threw for 4,038 yards, 25 touchdowns, 14 interceptions, and 318 completions on 468 attempts while also having 21 carries for 75 yards and two touchdowns. Glenn appeared in both the East Semi-Final and East Final games where he completed 24 passes for 339 yards, one touchdown, and three interceptions on 41 attempts. Glenn also had three carries for 10 yards and one touchdown.

Glennarrives in Edmonton having appeared in 268 games where he has currently sits sixth all-time in passing yards with 52,867 yards and 294 touchdowns and 207 interceptions. Glenn also has 1580 rushing yards and 13 touchdowns on 333 rushes.

unless the Riders are in grey cup I will have to cheer for Kevin. That would be very hard.


The Atlantic Schooners need to get going before he retires so he can go there too!