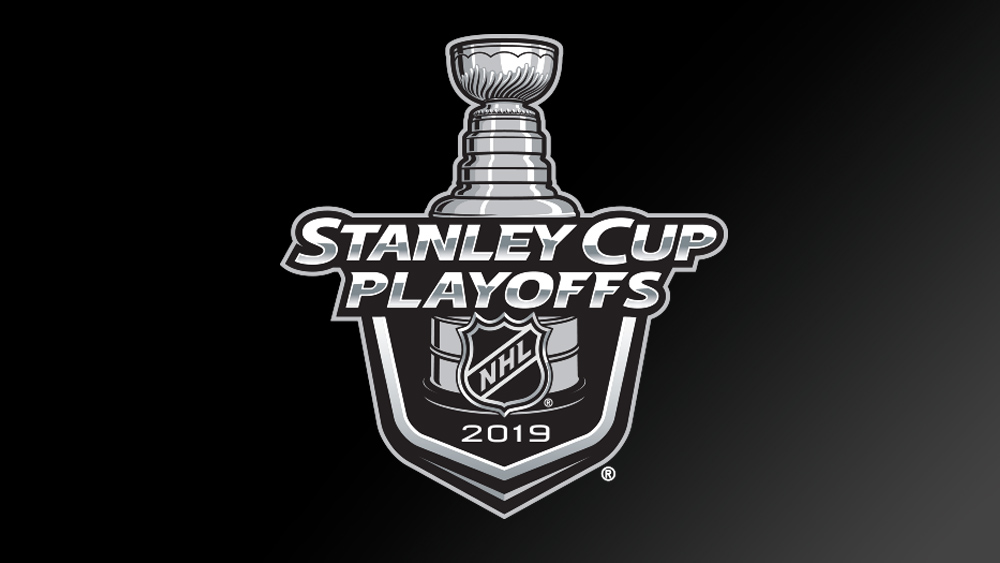 * Teams that take a 1-0 lead in a best-of-seven Stanley Cup Playoffs series on the road own an all-time record of 140-108 (56.4%).* Thirty-one different players in NHL history have scored a hat trick in their team’s postseason opener, a feat last achieved by Penguins captainSidney Crosby in the 2018 First Round.* The most points recorded by a player in his team’s first game of the Stanley Cup Playoffs is six, accomplished by Boston’s Phil Esposito in the 1969 Quarterfinals (4-2—6 vs. TOR), Montreal’s Guy Lafleur in the 1977 Quarterfinals (3-3—6 vs. STL), St. Louis’ Geoff Courtnall in the 1998 Conference Quarterfinals (1-5—6 vs. LAK) and New Jersey’s Patrik Elias in the 2006 Conference Quarterfinals (2-4—6 vs. NYR).* Sixty-one different goaltenders in NHL history have registered a shutout in his team’s playoff opener. Golden Knights netminder Marc-Andre Fleury has recorded four such shutouts, tied with Hockey Hall of Fame member Turk Broda for the most all-time. 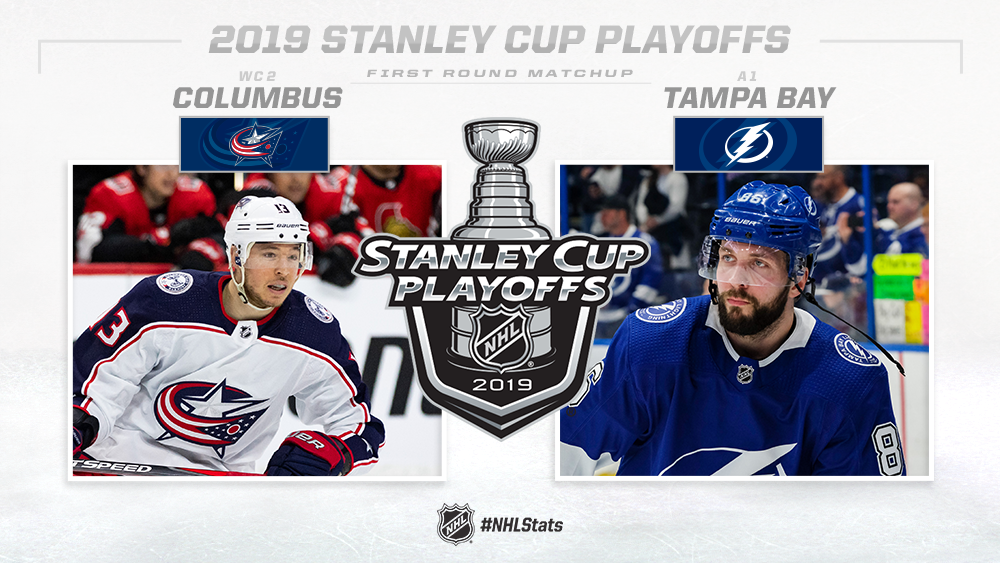 LIGHTNING HOST BLUE JACKETS LOOKING TO BUILD ON HISTORIC SEASONFresh off capturing the franchise’s first-ever Presidents’ Trophy and matching the NHL single-season wins record, the Lightning host the Blue Jackets in Game 1 of the First Round. Columbus is making its third consecutive postseason appearance in search of the team’s first-ever series win.

* The Lightning, who required the second-fewest games to clinch the Presidents’ Trophy since its inception in 1985-86, aim to become the ninth team to hoist the Stanley Cup after capturing the award. The 2007-08 Red Wings and 2012-13 Blackhawks are the only teams to accomplish the feat in the past 16 years (since 2002-03). 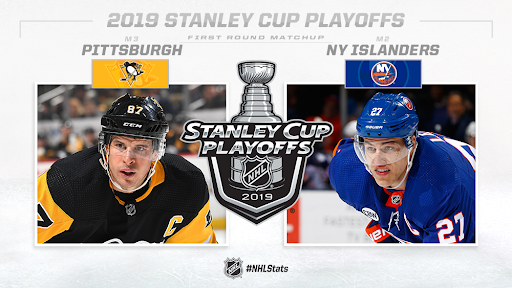 ISLANDERS FACE PENGUINS AT NASSAU COLISEUM
For the first time in 31 years, the Islanders will open the Stanley Cup Playoffs on home ice when they host the Penguins at Nassau Coliseum in Game 1 of their First Round series. New York holds a 3-1 edge over Pittsburgh in its four all-time postseason series; the Penguins, however, defeated the Islanders in their most recent meeting in the Stanley Cup Playoffs – a six-game triumph in the 2013 Conference Quarterfinals.

* Islanders head coach Barry Trotz has a record of 20-13-7 in 40 career regular-season games versus the Penguins as well as a 9-10 mark against them in the Stanley Cup Playoffs. Trotz has advanced past the First Round in each of the last four years, including last season when he captured the Stanley Cup with the Capitals.

* Penguins captain Sidney Crosby has collected 122 points in 71 career games against the Islanders (regular season and playoffs), including 3-6—9 in the 2013 Conference Quarterfinals. Only two players in NHL history have recorded more career points against the Islanders: Jaromir Jagr (64-98—162 in 125 GP) and Mario Lemieux (53-87—140 in 78 GP). 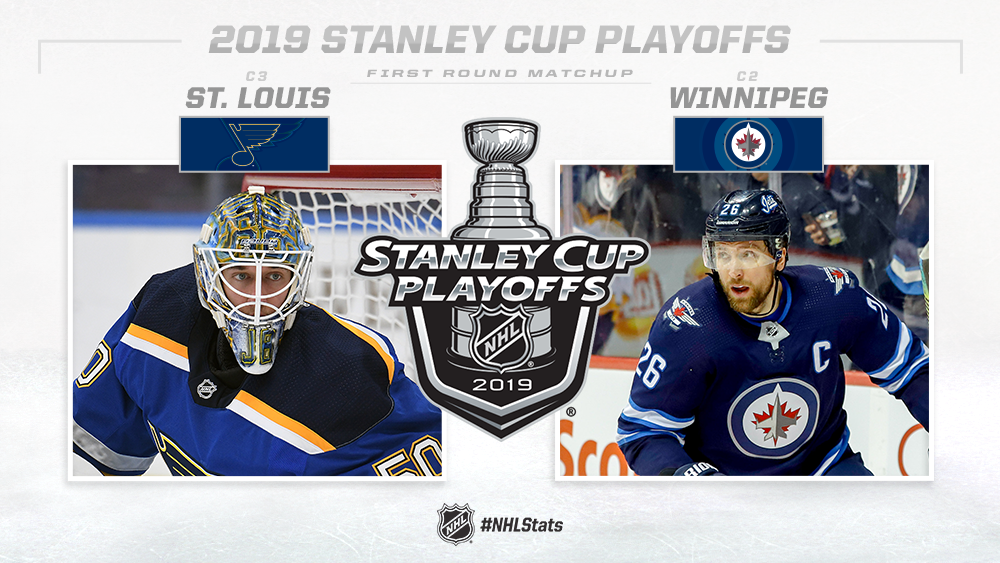 WHITEOUT RETURNS AS JETS HOST BLUESThe Jets will host the Blues at Bell MTS Place in Game 1 of their First Round series. The 2019 Stanley Cup Playoffs will feature the return of the “Winnipeg Whiteout”, a tradition that dates to 1985 when fans were asked to wear white to home playoff games of the original Jets franchise during their opening-round series against the Flames – to rival Calgary’s “C of Red”.

* The two franchises are set to meet in the Stanley Cup Playoffs for the first time. The original Winnipeg Jets squared off with St. Louis during the postseason once in the 1982 Division Semifinals, a four-game triumph by the Blues.
* The Jets, who fell to the Golden Knights in the 2018 Conference Finals, are making their fourth Stanley Cup Playoffs appearance in franchise history. Among franchises to debut in the NHL’s expansion era (since 1967-68), four have reached the Conference Finals/Semifinals multiple times in their first four postseason appearances – the Blues (3x), Islanders (3x), Stars/North Stars (2x) and Ducks (2x).

*  The Blues, who ranked No. 31 in the NHL standings on Jan. 2, became the seventh team in the expansion era to reach the postseason after ranking last overall at any point after New Year’s Day (min. 20 GP). St. Louis, however, can become the first of that cohort to advance past the opening round. 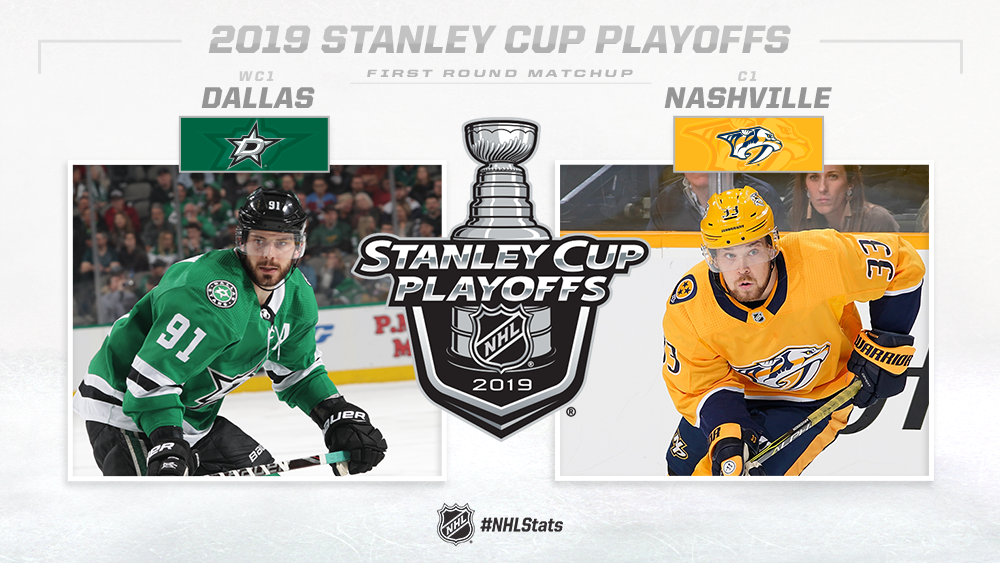 CENTRAL DIVISION FOES FACE OFF FOR THE FIRST TIME
After capturing the Central Division crown for the second time in as many seasons, the Predators will host the Stars in Game 1 of the first-ever playoff meeting between the teams. Nashville is one of three teams to have clinched a postseason berth in each of the last five or more seasons, joining Pittsburgh (13; 2006-07 to 2018-19) and Washington (5; 2014-15 to 2018-19).* The Predators secured home-ice advantage for a third consecutive series (also 2018 R1 and 2018 R2). Nashville has earned 30 of its 49 all-time playoff wins at Bridgestone Arena (61.2%).
* Ryan Johansen led the Predators with 64 points in the regular season (14-50—64 in 80 GP) and enters the 2019 Stanley Cup Playoffs with at least one point in each of his last six playoff games (3-6—9). The other active players with points in each of their last six or more postseason games: Bruins forward Patrice Bergeron (6-5—11 in 6 GP), Maple Leafs forward Mitch Marner (2-7—9 in 6 GP) and Capitals captain Alex Ovechkin (4-2—6 in 6 GP).
* Stars captain Jamie Benn has collected 9-11—20 in 19 career postseason games (1.05 P/GP). He can become eighth player in Stars/North Starshistory to average at least one point per game through his first 20 playoff games with the franchise – and first since the team relocated to Dallas in 1993-94. 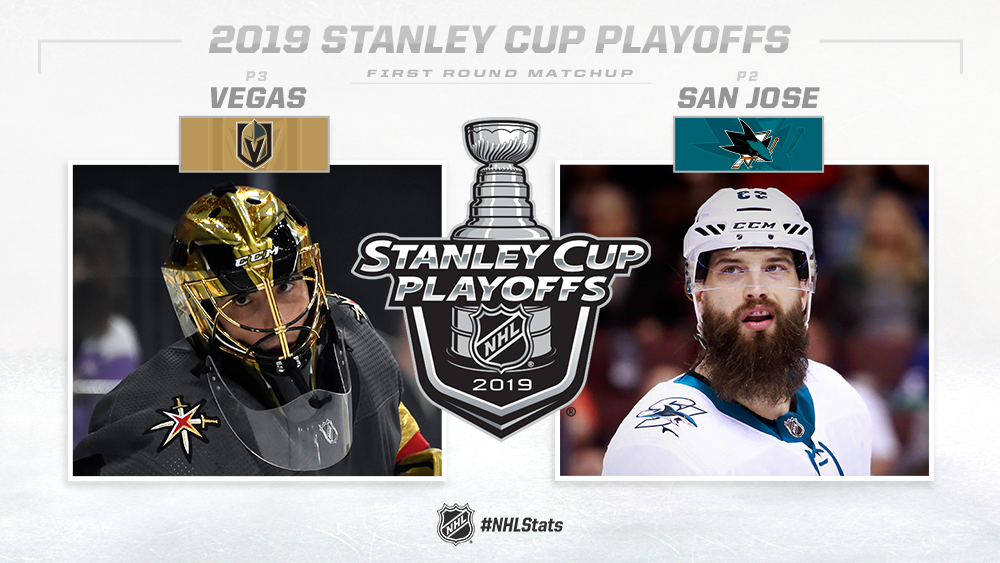 SHARKS, GOLDEN KNIGHTS SET TO RUN IT BACK
The Sharks and Golden Knights will clash in the Stanley Cup Playoffs for the second time in as many years; San Jose and Vegas also met in the 2018 Second Round, a 4-2 triumph by the latter. The Golden Knights are the first team to face the same opponent in each of its first two trips to the Stanley Cup Playoffs since the Wild faced the Ducks in the 2003 Conference Finals and 2007 Conference Quarterfinals.

* The Sharks are headed to the playoffs for the 21st time in 27 seasons since joining the League in 1991-92. Only two franchises have clinched as many playoff berths in that span: Detroit (24) and Pittsburgh (23).

* The Golden Knights are the seventh team in NHL history to reach the Stanley Cup Playoffs in each of its first two seasons, joining the Oilers as the only team to do it after debuting in the post-expansion era (since 1968-69). The Oilers went on to extend their streak to 13 consecutive seasons, a run which saw them capture five Stanley Cups within their first 11 campaigns.
* Golden Knights goaltender Marc-Andre Fleury enters the 2019 Stanley Cup Playoffs with a career postseason record of 75-58 (2.58 GAA, .911 SV%, 14 SO). Fleury is two playoff wins shy of tying Mike Vernon (77) for seventh place on the NHL's all-time list . His 14 career postseason shutouts, meanwhile, are tied for the sixth-most in league history.