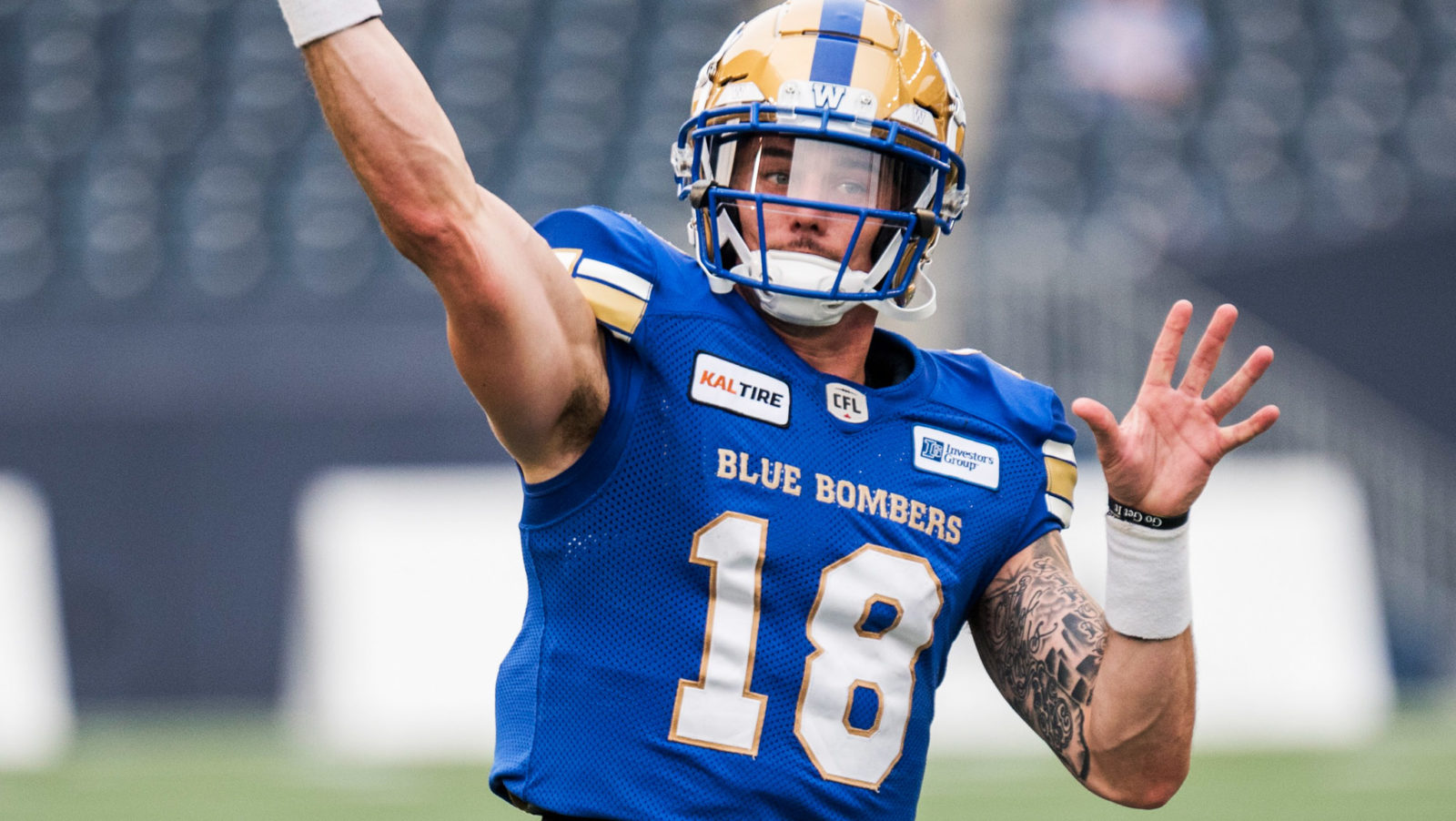 The Saskatchewan Roughriders have signed quarterback Bryan Bennett, per sources.

That move comes after starting quarterback Zach Collaros was knocked out of the Riders season-opening loss in Hamilton. Cody Fajardo and rookie Isaac Harker each saw playing time the rest of the game for Saskatchewan.

Bennett was released by Winnipeg among the Bombers final training camp cuts after being beaten out by newcomer Sean McGuire for the third-string role.

After going unselected in the 2015 NFL draft out of Southern Louisiana, the Indianapolis Colts inked Bennett to an undrafted free agent contract. However, Bennett was released among the final training camp cuts.

Later that year, Bennett joined the Winnipeg Football Club where he spent time in the practice roster. He’s played in two career CFL games completing 4-of-8 passes for 72 yards and rushing twice for 34 yards.

Bennett had a strong pre-season, completing 13-of-22 pass attempts for 242 yards and two touchdowns. He was with the Riders for training camp in 2017, which means the 27-year-old knows Stephen McAdoo’s offence.

**The Riders are back practicing for the first time since Thursday's loss in Hamilton on Sunday afternoon.  At that time, we are expecting a status update on Zach Collaros.
at 6/15/2019

Re-signing him was the biggest mistake ever. Too much of a risk. Yes, it was a cheap shot, but he didn't survive the first real hit he took.


So does this mean it's the Isaac Harker show for the next little bit? Fajardo can run, but he can't pass.