--It didn't take Rider Nation long to get into mid-season form. It also didn't take them long to bounce back to reality.  A 37-1 loss at the hands of the Calgary Stampeders in the pre-season opener had some gnashing their teeth, but by the time they woke up Saturday morning they realized it meant nothing.

When you leave a majority of your regulars at home, the bar was set pretty low when it came to expectations.   Granted, I didn't think the Riders would be on the back end of a 36 point mollywhopping, but I didn't think they were going to win the game.

The biggest positive that came out of the game was the play of Cody Fajardo. He cemented himself as the number two quarterback.  So much so that I don't think he needs to play Thursday against Winnipeg.  Give Zach Collaros the first three quarters and let David Watford and Isaac Harker finish it off to see who is the 3rd stringer.  While some may not have noticed, I also liked the play of offensive lineman Braden Schram. He played most if not all of the game at centre.  How does he fit in the equation of offensive linemen. I don't know how much he plays against Winnipeg, but I think he secured himself a roster spot---then again we will hopefully see what Dan Clark can bring to the table Thursday.

At the end of the day, there is nothing really to get mad about.  If this was the score when all the regulars were in there, you would have a solid reason to start complaining.  I think we all know this was not a true representation of the /=S=/.

--I like Dave Dickenson. I really do! I liked him as a quarterback and while I have no love for the Stampeders, I have never had a problem with him.  He is one of the many good guys in the CFL.  However, calling a challenge on the Riders first series in an exhibition game. Cmon Dave...don't do that!

--I've seen some bad field goal attempts in my time.  Hello Blair Walsh!  However, that "attempt" that got the Riders their lone point of the night will go down as one of the worst.   The WOLF's Brock Lewis in a promotional video this week did one that may have been better than that effort and Brock's was bad!

--Why do I get the feeling Montell Cozart could be the next quarterback for the Stamps.  He looked good.  That being said, it was against the 3's and 4's for the Riders, but still.

--Noah Picton was released by the Argos on Saturday.  Some think he should be picked up by the Riders and put on the PR.  I would endorse that, but I don't see it happening.  I hope I'm wrong on this one.

--How long is the CFL going to pay the bills for the Montreal Alouettes? I understand the move as the search continues for new owners, but I don't like it.  As someone said, the Alouettes are now being owned on and off the field by all the other teams......at what price is that off the field though.  How much are the Riders on the hook for? By the way, how nice was it for the CFL to drop that little nugget of information on a Friday afternoon just before two exhibition games were to start. 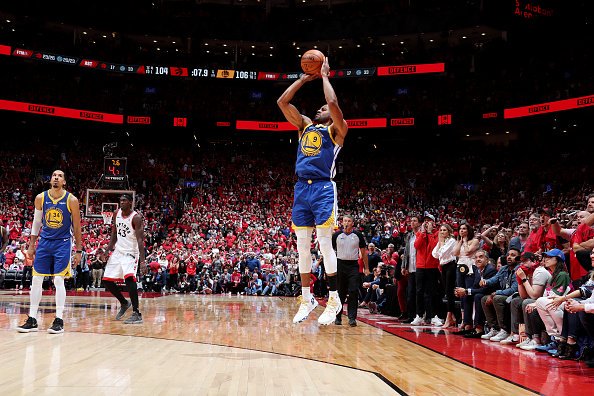 --Safe to say many of us spent our Sunday night watching the Raptors and Golden State go at it again. Did Golden State send a message to Toronto with what they did to start the 3rd quarter.  I would say no because Toronto had good shots that didn't fall, but that championship experience the Warriors have played a big role.  They aren't going to lie down.  They didn't in Game 1, but Toronto had an answer.  In Game 2, the Raptors didn't.   Bring on Game 3 and hope they are as good as the first two games because they have been great.

--Has midnight struck for Jordan Binnington and the St, Louis Blues?  I guess we will find out tonight when the Blues and Bruins meet in Game 4.  St. Louis has bounced back from defeats throughout the playoffs thanks to Binnington.  He and his team did not look good in Game 3, but everything resets to zero when the puck drops tonight.

--Tickets for Game 3 of the Cup final were going for $2600.  They were going for a lot more in Toronto for Games 1 and 2 of the NBA Finals.  What would you pay to see your favourite team compete for the championship.  Yes, I know many of you did that in 2013 at Taylor Field, but what is the top price you'd pay to be there in person.

--We need rain and a lot of it.  That being said, it can come after the Riders game is over Thursday night.

--Is Steve McAdoo in charge of the Jays offense? The production is seemingly the same.

--I will be interested to see if Willie Desjardins can do in his second time around with the Medicine Hat Tigers what he did the first time.  I will also be interested to see how long it takes for Manny Vivieros to find work again after being jettisoned by the Oilers after just one year.  That is the gamble you take when you make that leap and Manny took it at the right time. Sadly, it didn't work for him, but he is a good hockey man and will find work soon.  Whatever team gets him will be fortunate.

--A city whose drivers don't know how to use a turn signal or embrace the zipper merge now has to deal with lane reversal.  Note to self:  Stay off the Lewvan for the summer.