MLB Looking At A Partial Return To Montreal 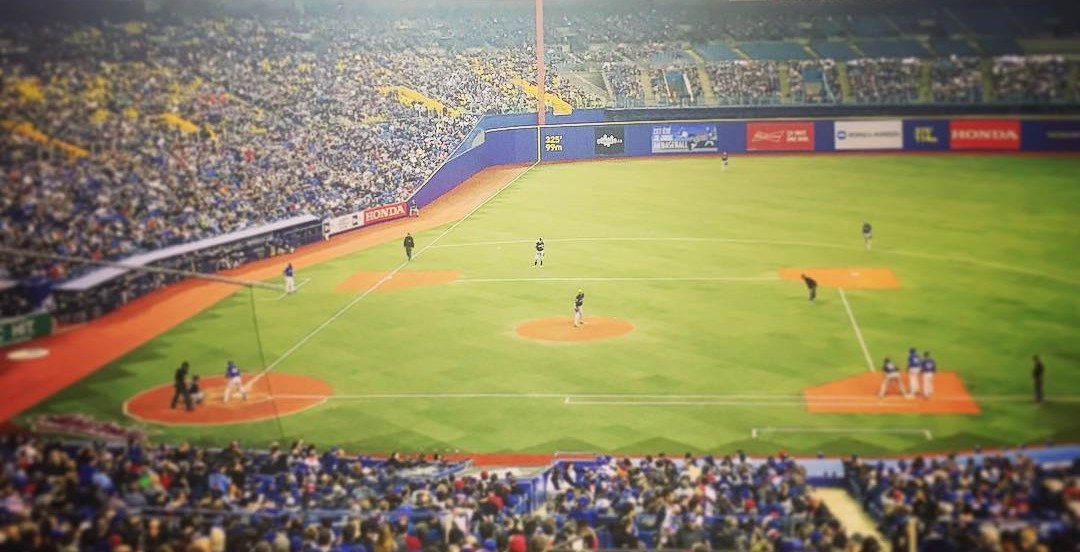 The Tampa Bay Rays received permission from Major League Baseball's executive council to explore a plan in which they would play early-season home games in the Tampa Bay area and the remainder of the year in Montreal, sources familiar with the situation told ESPN.

While the plan is in its nascent stages, the Rays have embraced the two-city solution as the most feasible to saving baseball in the Tampa Bay area after years of failed attempts to build a new stadium in the region, according to sources.

The return of baseball to Montreal, which lost the Expos when they moved to Washington, D.C., and became the Nationals before the 2005 season, has long been speculated and has significant support among power brokers in the city, including Stephen Bronfman, the private-equity magnate whose father, Charles, was the Expos' original owner.

Under the plan, the Rays would play in new stadiums in both the Tampa Bay area and Montreal, according to sources. The ability to play games early in the season in Florida would preclude the need for a domed stadium, cutting the cost of a new building. A month ago, Bronfman -- who along with Montreal businessman Mitch Garber has expressed interest in taking a minority stake in the Rays alongside owner Stuart Sternberg -- reached an agreement with a developer on a site in Montreal's Pointe-Saint-Charles neighborhood to potentially build a new stadium. The number of home games each city would receive has not been determined, according to sources.

Significant hurdles remain for the plan to take root, sources said. Though two cities sharing a team isn't entirely novel -- the Expos played 22 home games in Puerto Rico in 2003, and in the NBA, Kansas City and Omaha split Kings home games in the 1970s -- the long-term viability of the plan remains in question.

MLB's executive council, which includes Sternberg, nevertheless gave the Rays permission to explore the sister-city possibility during owners meetings Wednesday and Thursday, according to sources. For more than a decade, the Rays have sought to build a new stadium in Tampa or St. Petersburg, Florida, where they currently play at Tropicana Field. Their lease runs through 2027, and a Tampa Bay-Montreal dual-city plan would necessitate finding a stadium site in Florida as well. The timetable for any potential move likely depends on whether the Rays can strike a deal in the Tampa Bay area for a new stadium, according to sources.

The Rays' average attendance of 14,546 is the second lowest in MLB despite their 43-31 record. Their opening-day payroll of around $65 million was among the lowest in baseball. Along with the difficulty in securing a new stadium, a paucity of local revenue and a poor local television deal, the Rays have been seen by other cities as a target for relocation -- a possibility, should the Tampa Bay-Montreal plan fail.

A deal with Montreal would keep the Rays in Florida while potentially adding significant revenues to the franchise. Montreal offers a robust corporate base for sponsorships and a fervent fan base that could easily support what would amount to a half-season ticket plan. Other teams could object to the Rays occupying two geographical territories, though the support of the executive council to explore the possibility, sources said, constituted a significant step forward.

It is too early in the process, sources said, to answer other questions, such as the name of the team or where playoff games would be held.

This will never happen. End of story! The only way it happens is if Tampa moves north. That would be great!


I am digging out my Ellis Valentine jersey after the Riders game!