The Stanley Cup Final returns to the city of St. Louis 17,924 days after the last such game, with the host Blues facing the Bruins for Game 3. 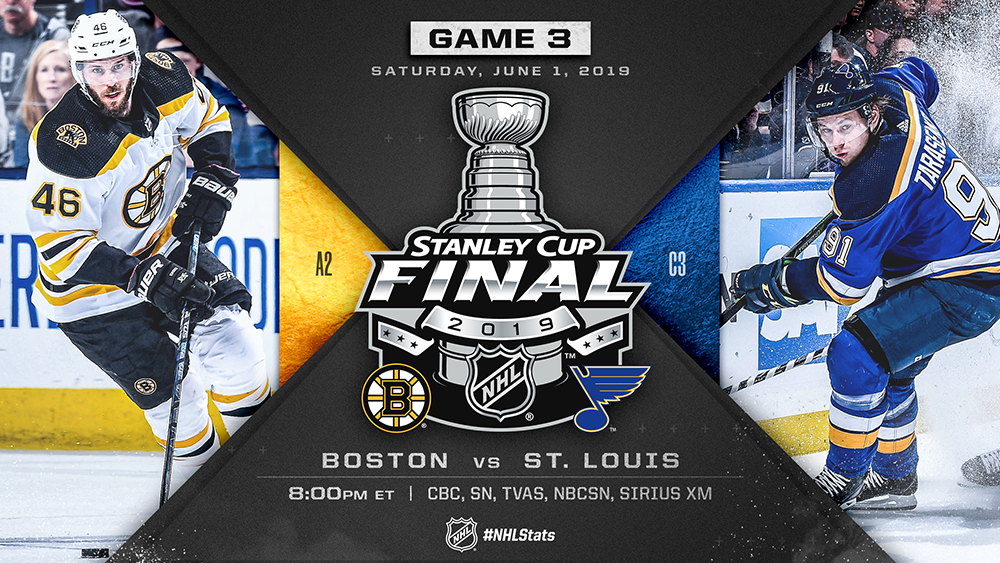 Now three wins from winning the Stanley Cup for the first time in their 51-season history, the Blues’ journey to the Final has been unlike any other in professional sports since the NHL expanded to 12 teams in 1967-68.

* The Blues are the only team in any of the four major North American sports leagues (NHL, NBA, MLB, NFL) to occupy last place overall in the league standings after one-quarter or more of the season’s games and still qualify for the league’s championship series/game.

* St. Louis climbed from last place through games played Jan. 2 to finish 12th in the overall NHL standings after posting the League’s best record from Jan. 3 onward – vying for the Central Division title on the final day of the regular season.

Wednesday’s game was the 17th overtime contest of the 2019 Stanley Cup Playoffs (82 GP) and the first in the Final since 2016. Including this year, seven of the past 10 Final series have featured at least one overtime contest – including five years with multiple extra-time games.

* Four of the 17 overtime goals this postseason have been scored by defensemen, including each of the last two. St. Louis’s Carl Gunnarsson joined Erik Karlsson of the San Jose Sharks (Game 3 of Conference Finals at STL), John Klingberg of the Dallas Stars (Game 6 of First Round vs. NSH) and Brooks Orpik of the Washington Capitals (Game 2 of First Round vs. CAR).


* Prior to Gunnarsson’s goal in Game 2, the Blues and Bruins had received each of their overtime goals this postseason from hometown players. St. Louis native Pat Maroon netted the series-clinching goal in extra time in Game 7 of the Second Round against Dallas, while East Weymouth’s Charlie Coyle netted the overtime winner for Boston in Game 1 of the Second Round against the Columbus Blue Jackets.

Including his two assists in the Stanley Cup Final, Blues forward Jaden Schwartz now has 14 points in 13 career regular-season and playoff games against Boston (6-8—14). He sits three points shy of matching the Blues franchise record in one playoff year. 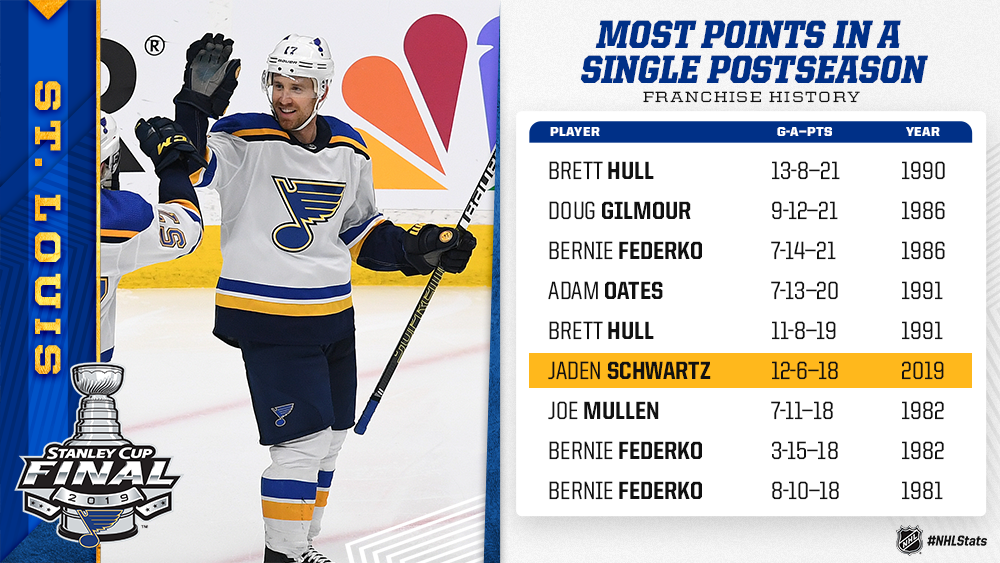 * Acquired by his hometown team at the trade deadline, Bruins forward Charlie Coyle (East Weymouth, Mass.) opened the scoring in Game 2 with his seventh goal of the postseason (7-6—13 in 19 GP). That goal made Coyle the highest-scoring Massachusetts-born Bruins player ever in a postseason – John Carter (Winchester, Mass.) and Bob Sweeney (Concord, Mass.) had six goals in 1990 and 1988, respectively. 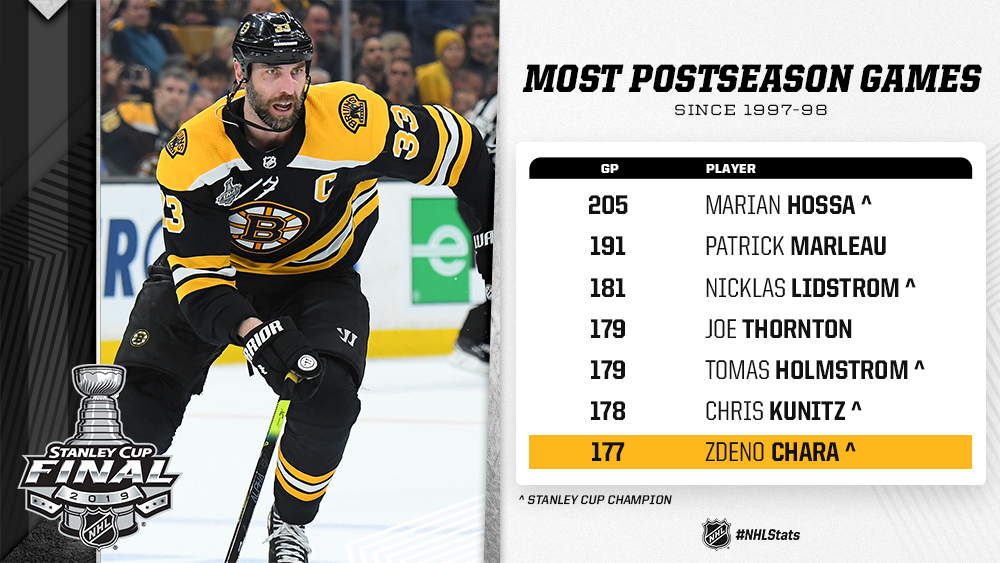 * Though he did not play his first playoff game until 2002, Bruins captain Zdeno Chara ranks seventh in playoff games played since he entered the League during the 1997-98 campaign.
at 6/01/2019