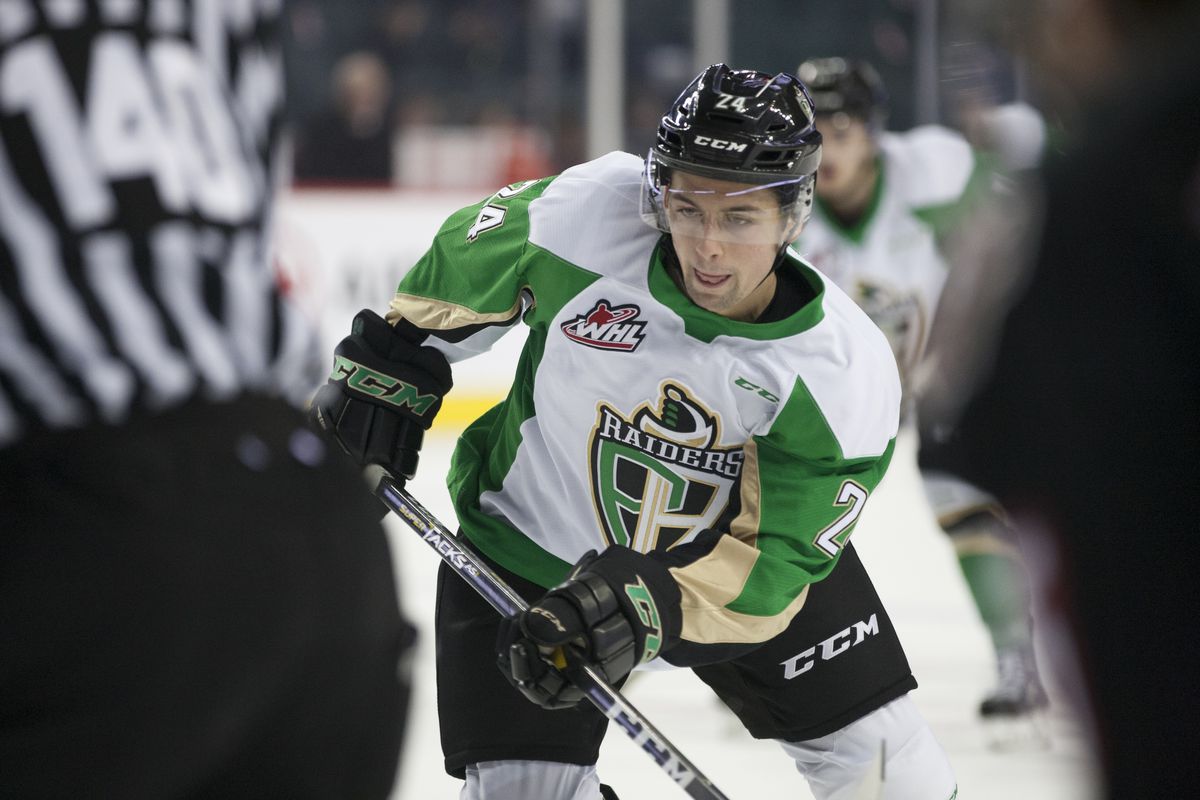 
The Western Hockey League is proud to announce today 12 WHL players have been invited to Hockey Canada’s National Junior Team Sport Chek Summer Development Camp July 27 to Aug. 4 in Plymouth, Mich.
The group of WHL talent is led by WHL and Canadian Hockey League Defenceman of the Year Ty Smith (New Jersey Devils) of the Spokane Chiefs and features six forwards and five defencemen. Defencemen Calen Addison (Pittsburgh Penguins) of the Lethbridge Hurricanes and Jett Woo (Vancouver Canucks) of the Calgary Hitmen, as well as forward Cole Fonstad (Montreal Canadiens) of the WHL Champion Prince Albert Raiders represent the three other players already selected in the NHL Draft.
Seven WHL players attending the camp are eligible for the 2019 NHL Draft, set to be held June 21-22 at Rogers Place in Vancouver, B.C. Bowen Byram of the Vancouver Giants is ranked second among North American skaters according to NHL Central Scouting’s Final Rankings and is the CHL’s top-ranked prospect in addition to earning an invitation to the camp.
Kirby Dach of the Saskatoon Blades, Dylan Cozens of the Lethbridge Hurricanes, and Peyton Krebs of the Winnipeg ICE, ranked within the top 10 skaters in North America, also earned camp invitations. Nolan Foote of the Kelowna Rockets, ranked 37th among North American skaters, and Luka Burzan of the Brandon Wheat Kings, ranked 126th, will be attending the camp. Calgary Hitmen forward Carson Focht is also eligible for the 2019 NHL Draft.
Two of the 43 players invited to the camp are eligible for the 2020 NHL Draft in Montreal, Que., with Brandon Wheat Kings defenceman Braden Schneider occupying one of those slots. The Prince Albert, Sask. product has represented Canada at the World Under-17 Hockey Challenge and IIHF Under-18 World Championship.
The Wheat Kings and Hitmen lead the WHL contingent with each boasting a pair of players invited to the camp. Eight other WHL member Clubs are represented by a single player. The WHL will also be represented on the team staff by assistant coach Mitch Love, head coach of the Blades.
WHL Invitees – Canada’s National Junior Team Sport Chek Summer Development Camp
The five goaltenders, 13 defencemen and 25 forwards will be split into two teams – Red and White. The Canadians will play four games in Plymouth, taking on the United States twice in addition to singles against Finland and Sweden.

Brad McEwen, head scout for the Program of Excellence, and POE management group member Mark Hunter put the roster together, and will continue to monitor the athletes through the start of the 2019-20 season ahead of Canada’s National Junior Team Sport Chek Selection Camp and the 2020 IIHF World Junior Championship in Ostrava and Trinec, Czech Republic.
at 6/20/2019