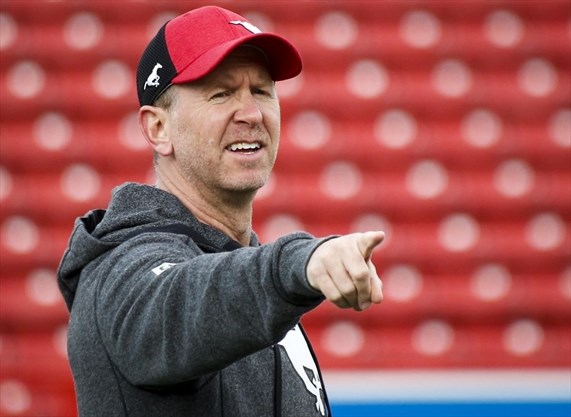 The year is 1985. The setting is Riverview Drive in Great Falls.

A group of neighborhood kids are playing whiffle ball in the yards behind their houses.

Montana football legend Dave Dickenson picks up the story from there.

“We were using a bigger ball and we hit it on the Arntsons’ roof. It never came down, so we just didn’t pay attention and moved on to the next game and the next ball,” he recalled. “But later that year, they had a chimney fire. Turns out the ball had gotten stuck in their chimney and caused a fire.”

That’s one of many stories the Dickenson brothers can tell you about their childhoods, where they grew up next to notable Great Falls sports families like the Arntsons, the Bennyhofs, the Reynolds’ and the Hennebergs.

“It was four seasons of sports and that was fun,” Dave said. “We never knew that we didn’t have a lot of money, everything we wanted our parents (Bob and Sue) got us as far as opportunity, maybe we weren’t wearing Nike shoes, but we didn’t care. Just a fun time to grow up.”

In fact, seven kids from that neighborhood would go on to play college football. The majority of them still work in sports.

Dave and his brother Craig are head coaches in the Canadian Football League, leading the Calgary Stampeders and Saskatchewan Roughriders, respectively. Tony Arntson was the longtime football and track coach at Helena High and most recently an assistant at Carroll College. John Arntson has won several state titles as a baseball coach in Clackamas, Ore. And Mike Henneberg is the activities director for Great Falls Public Schools.

Clearly the Riverview neighborhood was the perfect proving ground for future athletes.

“My parents say they always used to say they would just shoo us out the door mid-morning, and just make sure you’re back by the time the street lights come on,” Craig said. “And they had no idea what went on from there on.”

The Dickenson brothers learned the spirit of competition growing up in Great Falls and competing against friends and neighbors. It carried them to the highest highs: a state championship at CMR, a national championship at Montana, and several CFL titles as players and coaches.

But their best memories are still some of their earliest.

“I still tell people that Bison-Rustler game back in 1989 was probably my most enjoyable and fulfilling moment in football,” Craig said. “There were 7,000 folks there and they were all folks that you knew. Those high school memories, they don’t go away and they have certainly stayed with me all of these years.”

No matter where their careers take them from here, the Dickensons are just two kids from Great Falls at heart, who worked for what they got. And that’s something to be proud of, even when their teams face each other during the CFL season.

“The folks back home that know both Dave and I are rooting for both of us to do well,” Craig said. “I’m not sure they even care who wins on game day. They’re just happy to see a couple Great Falls guys doing well and enjoying what they do.”

tough loss for the Raptors last night. But good on the CFL for moving the Rider Hamilton game up to 5pm to interfere less with the 7pm start of game 6 in Oakland