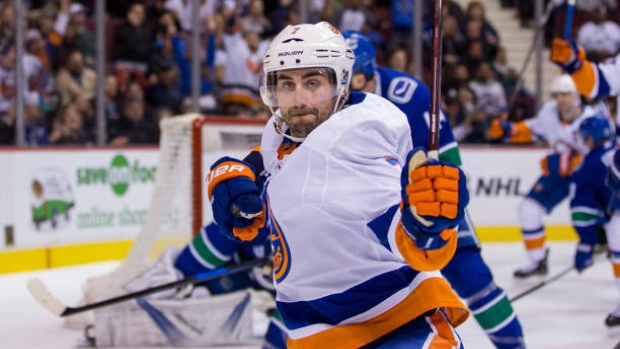 Jordan Eberle agreed to terms on a five-year contract to remain with the New York Islanders on Friday. No financial terms were disclosed.

The 29-year-old forward has spent the past two seasons with New York after being acquired in a trade with the Edmonton Oilers for forward Ryan Strome on June 22, 2017. He could have been an unrestricted free agent July 1.

Eberle had 37 points (19 goals, 18 assists) in 78 games with the Islanders this season, and nine points (four goals, five assists) in eight games during the Stanley Cup Playoffs, helping the Islanders advance to the second round.


WOW!! Guessing his playoffs saved him from moving. Thought he would end up elsewhere.


DAMN! I was hoping the Jets might make a play for him. Oh well!


If this is five million or more per season, Ebs is the winner here.

Five years 27. 5 million according to TSN