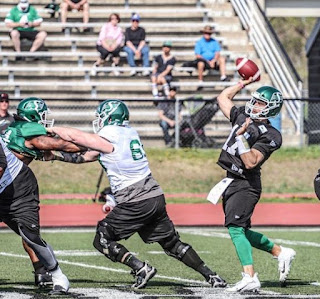 
--Just one more practice in Saskatoon.  It will happen Tuesday before the team departs the University of Saskatchewan and returns to Mosaic Stadium.  On Thursday, they will meet the Winnipeg Blue Bombers in a 7 o'clock start to close out the pre-season.