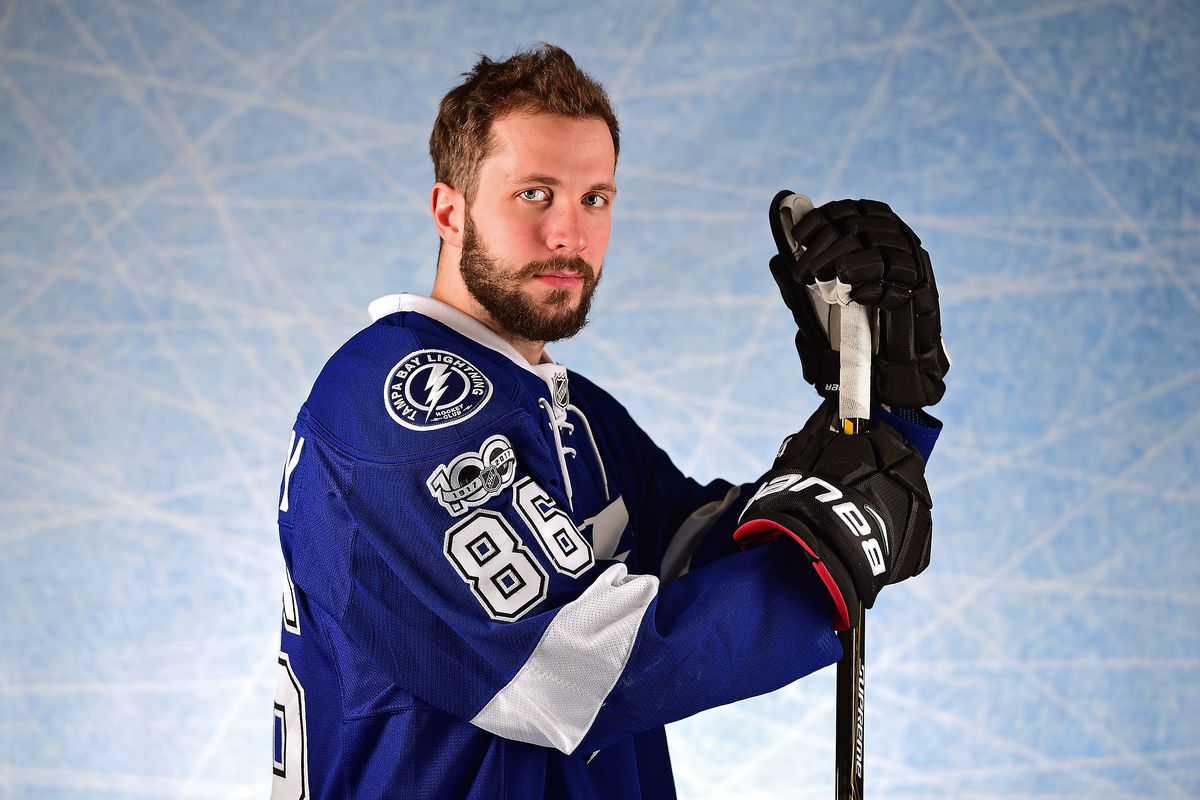 Nikita Kucherov of the Tampa Bay Lightning won the Hart Trophy as NHL most valuable player.

Kucherov became the second Lightning player to win the Hart Trophy, joining forward Martin St. Louis in 2003-04. The 25-year-old right wing also won the Art Ross Trophy by leading the NHL with 128 points (41 goals, 87 assists), breaking Alexander Mogilny's single-season record of 127 set with the Buffalo Sabres in 1992-93 for most by a Russia-born player. It was also the most by any NHL player since 1995-96, when Pittsburgh Penguins center Mario Lemieux had 161 and teammate Jaromir Jagr had 149.

Kucherov played all 82 games and had a point in 62, including 38 games with at least two points. The Lightning went 54-5-3 when he had a point and 8-11-1 when he didn't. They tied the NHL record for wins in a season with 62, equaling the 1995-96 Detroit Red Wings, and finished with the fourth-most points in NHL history (128) to win the Presidents' Trophy, but were swept by the Columbus Blues Jackets in the Eastern Conference First Round.