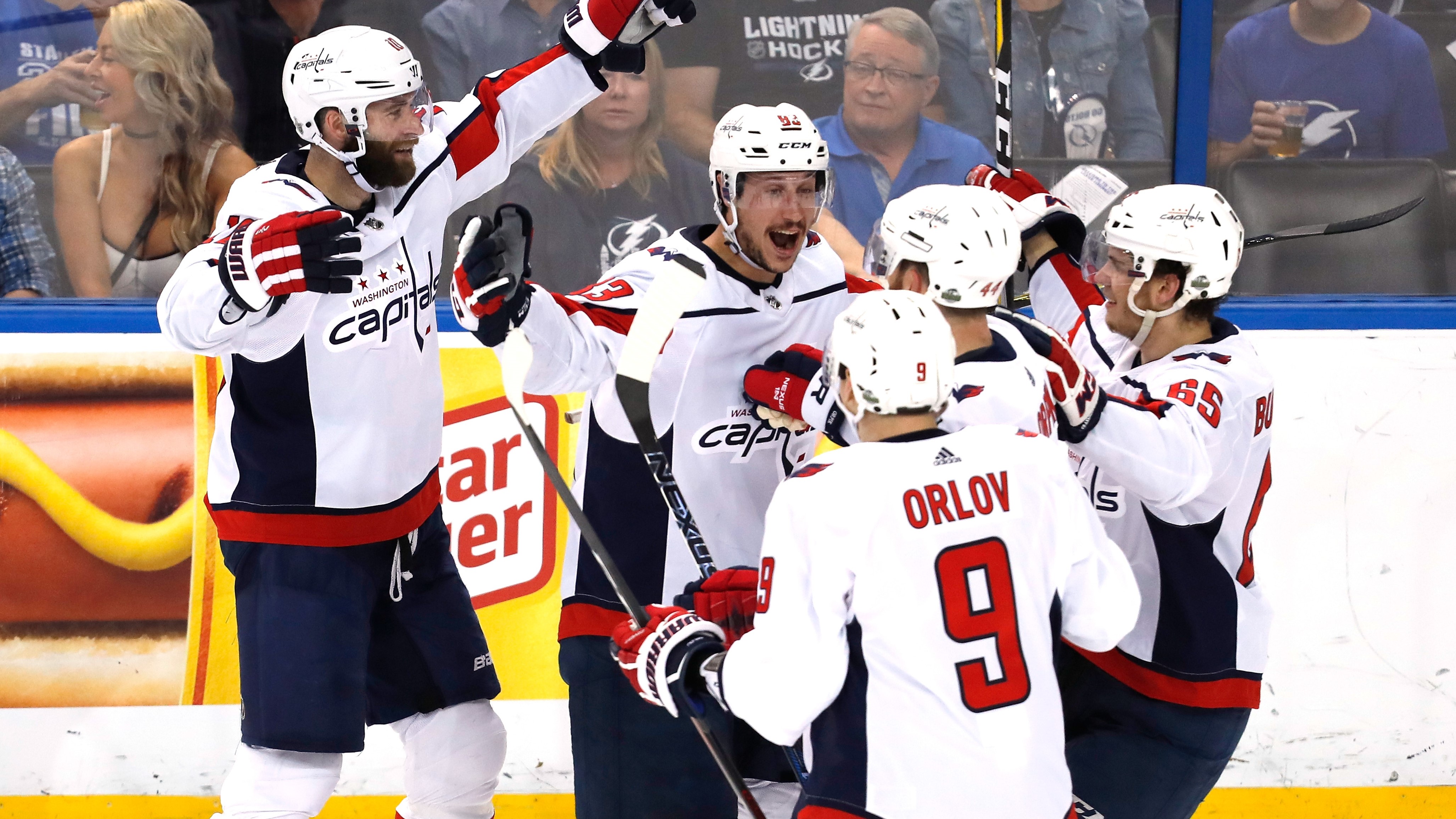 CAPITALS RACE TO 4-0 LEAD, HANG ON TO WIN GAME 1 OF CONFERENCE FINAL

The Capitals scored four times on their first 15 shots, including two power-play goals, and held off a late rally to defeat the Lightning in Game 1 of the Eastern Conference Final. Washington improved to 6-1 on the road in the 2018 Stanley Cup Playoffs, outscoring opponents 24-15 in those contests

* The Capitals lead all teams in the 2018 Stanley Cup Playoffs with a franchise-record 15 power-play goals, four more than the next-closest club in the Conference Finals (TBL: 11). The record for most power-plays goals in a postseason is 35 (since 1933-34), a mark set by the Minnesota North Stars in the 1991 Stanley Cup Playoffs.

* Alex Ovechkin (1-1—2) scored his 55th career postseason goal to pass Nicklas Lidstrom, Rick MacLeish and Steve Thomas (all w/ 54) for sole possession of 44th place on the NHL’s all-time list. He has scored nine goals in the 2018 Stanley Cup Playoffs (9-8—17), five shy of the franchise record for most in postseason set by John Druce in 1990 (14).

The Western Conference Final begins in Winnipeg on Saturday when the Jets, who finished second overall in the regular season standings, host the Pacific Division champion Golden Knights. For the first time in NHL history two teams will meet after each recording their first two series wins.

* This marks the first time that two franchises will meet while each making their first-ever appearance in the Conference Finals since 2003, when the Ducks defeated the Wild in a four-game sweep.

* Jets forward Mark Scheifele (11-5—16) leads the League with 11 goals this postseason, including an NHL-record seven road goals during the Second Round. His four multi-goal games in the 2018 Stanley Cup Playoffs, including 2-0—2 in Game 7 vs. NSH, tops all skaters.

* Golden Knights goaltender Marc-Andre Fleury enters the Conference Finals with an 8-2 record in the 2018 Stanley Cup Playoffs (1.53 GAA, .951 SV%, 4 SO). His goals-against average and save percentage lead the League among goaltenders to appear in at least five games in the 2018 postseason.