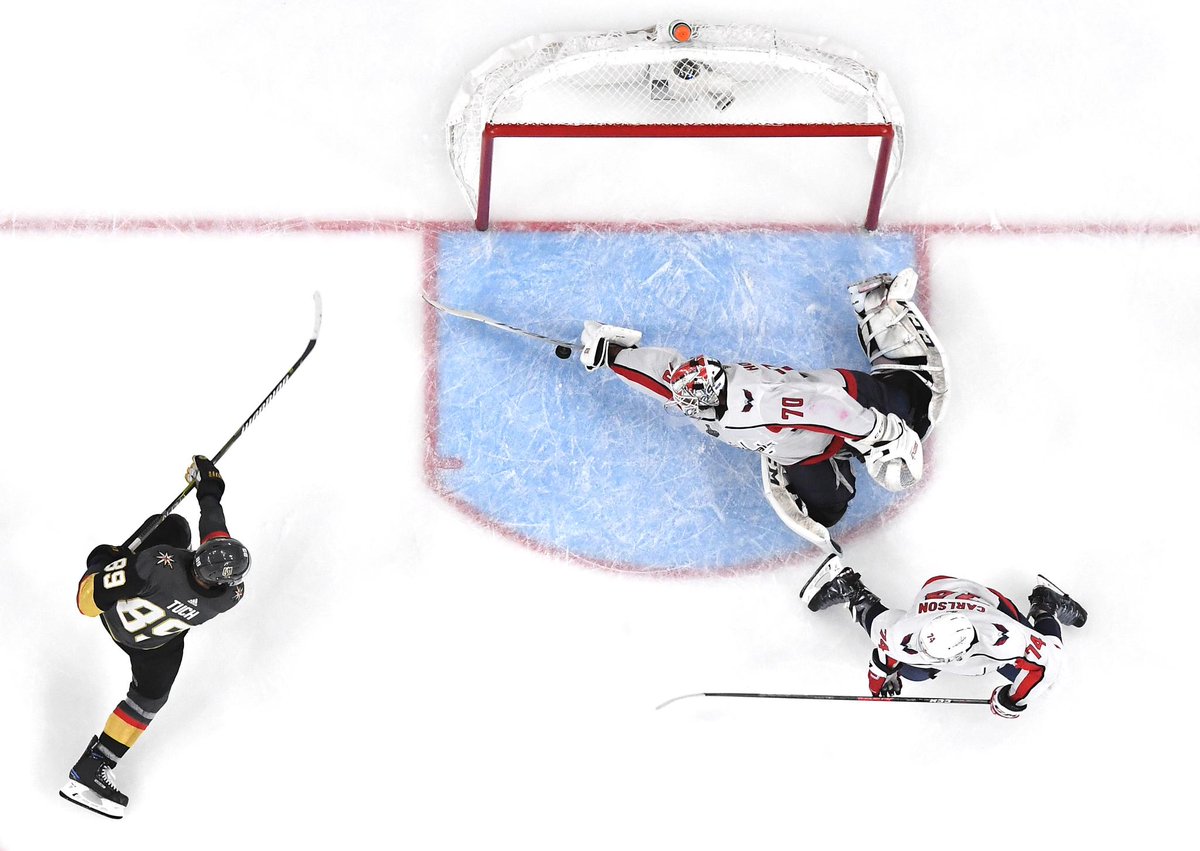 Braden Holtby made 37 saves, including a sensational stop in the final minutes of regulation, to help the Capitals earn their first-ever win in the Stanley Cup Final and even their series against the Golden Knights at 1-1.

Teams winning Game 2 have gone on to hoist the Stanley Cup 74.4% of the time since the Final went to the best-of-seven format in 1939 (58-of-78 series), but only five times in the past nine years.

CAPITALS NEAR NHL RECORD WITH ANOTHER ROAD WIN

The Capitals improved to 9-3 as visitors during the postseason, outscoring opponents 43-28. Only four teams in NHL history have earned more road wins in a single playoff year:

* The Capitals handed the Golden Knights their second loss on home ice this postseason (7-2) and first in regulation at T-Mobile Arena since March 28 vs. ARI (3-2 L).

Capitals defenseman Brooks Orpik snapped a 220-game goal drought (regular season and playoffs) – the longest active such streak in the NHL – with his tally midway through the second period. Orpik, the only Washington player with Stanley Cup Final experience entering the series, went 181 regular-season and 39 playoff games since scoring his last goal (Feb. 26, 2016 vs. MIN).


ELLER STEPS UP IN KUZNETSOV’S ABSENCE

OVECHKIN MOVES WITHIN ONE GOAL OF FRANCHISE RECORD

The Golden Knights scored the opening goal of the game – all in the first period – for the ninth time in as many contests at T-Mobile Arena this postseason. Six of those have been recorded in the opening 8 minutes of the game: