--The Regina Pats are heading to the Mastercard Memorial Cup final.  Jake Leschyshyn's empty-net goal in the dying seconds sealed a 4-2 win over Hamilton in the semi-final. The final goes at 5 on Sportsnet and the WOLF 104.9.

--The Vancouver Canucks have signed Elias Pettersson to an entry-level contract. Pettersson, taken 5th overall in the 2017 NHL draft, won the regular season scoring title and was named playoff MVP after his Vaxjo team won the championship and he again was the top scorer.

--The B.C. Lions have acquired defensive lineman Davon Coleman from the Hamilton Tiger-Cats.
The Lions also received a sixth-round pick and will send a fourth-round selection to the Tiger-Cats in the deal. Both picks are in the 2019 draft. In his rookie campaign with Hamilton last season, the six-foot-two, 295-pound Coleman collected 41 tackles and five sacks in 17 games.

--Chicago Cubs president of baseball operations Theo Epstein insists his team has not engaged in trade talks, despite speculation about a potential deal for Baltimore Orioles superstar Manny Machado. Epstein wouldn't comment on reports that the Cubs could be a landing spot for the slick-fielding slugger. He says there are ``zero trade talks'' at the moment. He also says the Cubs have enough to win the World Series for the second time in three years.

---A Derek Jeter rookie card has sold for $99,100, the highest price ever paid for a modern-day baseball card. 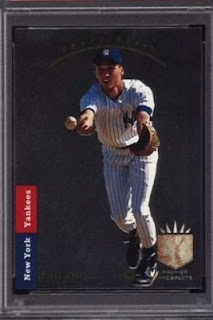 Brent Huigens, CEO of PWCC, which conducted the eBay auction, confirmed to ESPN on Friday that winning bidder Adrian Proietti had paid the company for the card.