Jonathan Marchessault (2-0—2) posted his second straight two-goal game and scored for the seventh time in as many contests to lead the Golden Knights to victory in Game 3 of the Western Conference Final.

* Marchessault’s first goal came 35 seconds into the contest and his second with 2.7 seconds remaining in regulation. He became the first player in NHL history to score a goal in both the first and last minute of the same playoff game.

* Only two players have scored more goals than Marchessault for a club making its first trip to the Stanley Cup Playoffs. Dave Lowry netted 10 goals in 1996 for the Panthers (22 GP) and Marian Gaborik scored nine goals in 2003 for the Wild (18 GP).

* Marc-Andre Fleury (33 saves) made 15 stops in both the second and third periods – including a sequence of spectacular saves midway through the final frame – to earn his 72nd career win in the Stanley Cup Playoffs. Fleury surpassed Jacques Plante for sole possession of ninth place on the NHL’s all-time list playoff wins list, moving within two of tying Chris Osgood (74).

* Vegas earned its 10th win of the postseason (fifth at home) to move within two victories of reaching the Stanley Cup Final in their inaugural campaign. The Panthers are the only team in NHL history to record more victories in their first-ever playoff appearance, finishing with a 12-10 record in reaching the 1996 Final (in their third season). 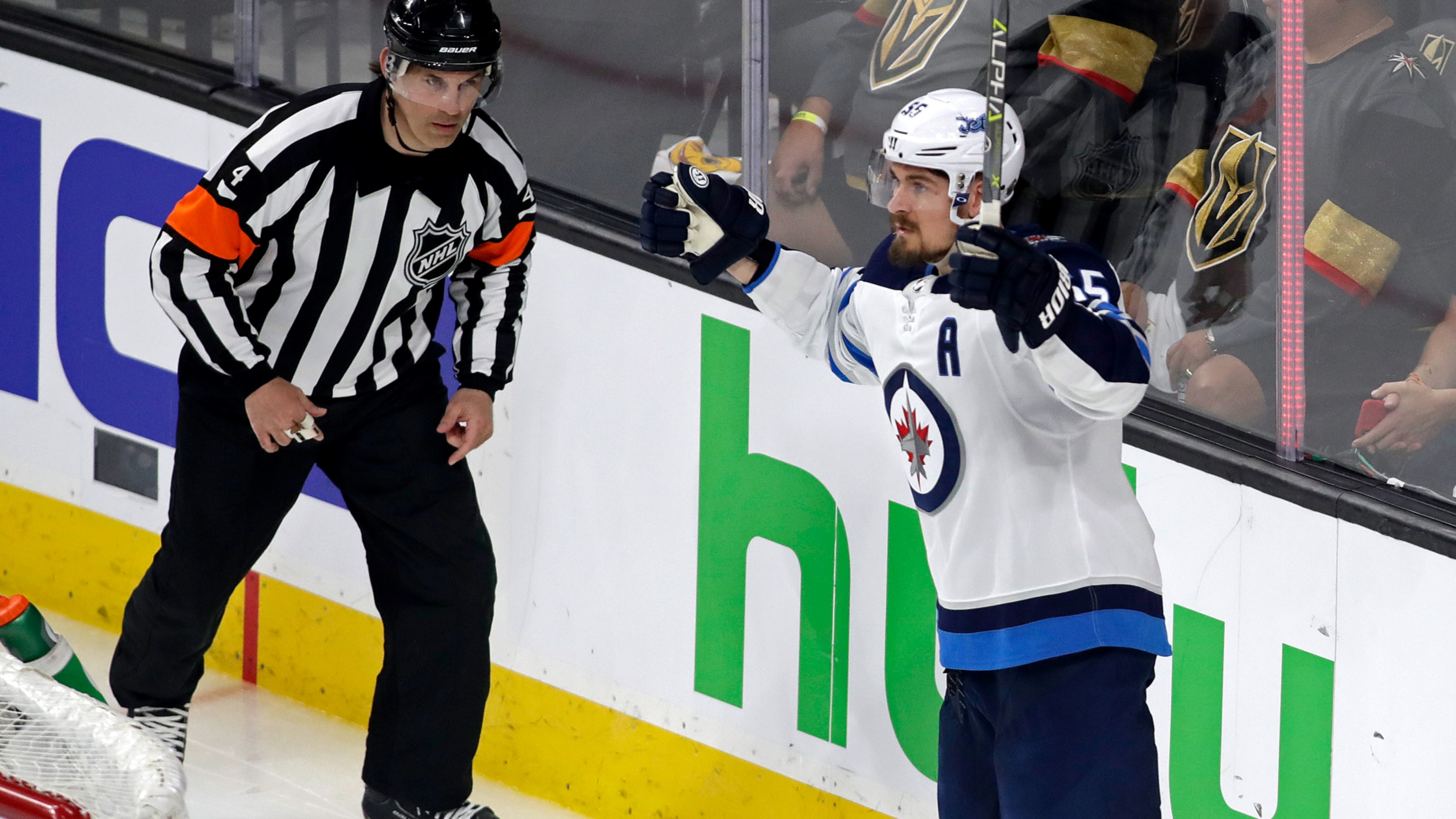 SCHEIFELE CONTINUES DOMINANCE ON THE ROAD, ESTABLISHES NHL RECORD
Mark Scheifele (14-6—20) scored his 10th and 11th road goals of the 2018 Stanley Cup Playoffs to establish an NHL record for the most such goals in a single postseason, breaking the previous mark of 10 set by Joe Mullen in 1989 with the Flames and matched by Sidney Crosby in 2009 with the Penguins.

* Scheifele, who scored seven road goals during the regular season (28 GP), leads the playoffs with 14 goals overall, equaling the most by any player in an entire postseason since 2009 when Sidney Crosby scored 15 goals for the Pittsburgh Penguins (24 GP). Teammate Blake Wheeler (0-2—2) paces the NHL with 17 assists, two shy of the leader’s total from the 2017 Stanley Cup Playoffs (Crosby: 19).

* Scheifele notched his ninth multi-point game of the postseason, becoming the first player to collect nine such contests in a single Stanley Cup Playoffs since Daniel Briere (11 w/ PHI) and Patrick Kane (9 w/ CHI) both did so in 2010. Mario Lemieux set the NHL record when he collected 14 such outings in leading the Penguins to their first Stanley Cup in 1991.

SNEAK PEEK AT THURSDAY'S ACTION
The Capitals aim to break a pair of trends when they host Game 4 of the Eastern Conference Final tonight – they will try to win a home playoff game against the Lightning for the first time (0-6) and record the first home victory between the two clubs this round. The Capitals won Games 1 and 2 in Tampa, with the Lightning following suit with a Game 3 victory in Washington.

There have been 25 best-of-seven series in Stanley Cup Playoffs history in which the road team won each of the first four games, with the home-ice club from Game 1 owning a 16-9 series edge. The Capitals were involved in the last such series, defeating the Blue Jackets in six games in the First Round this year.