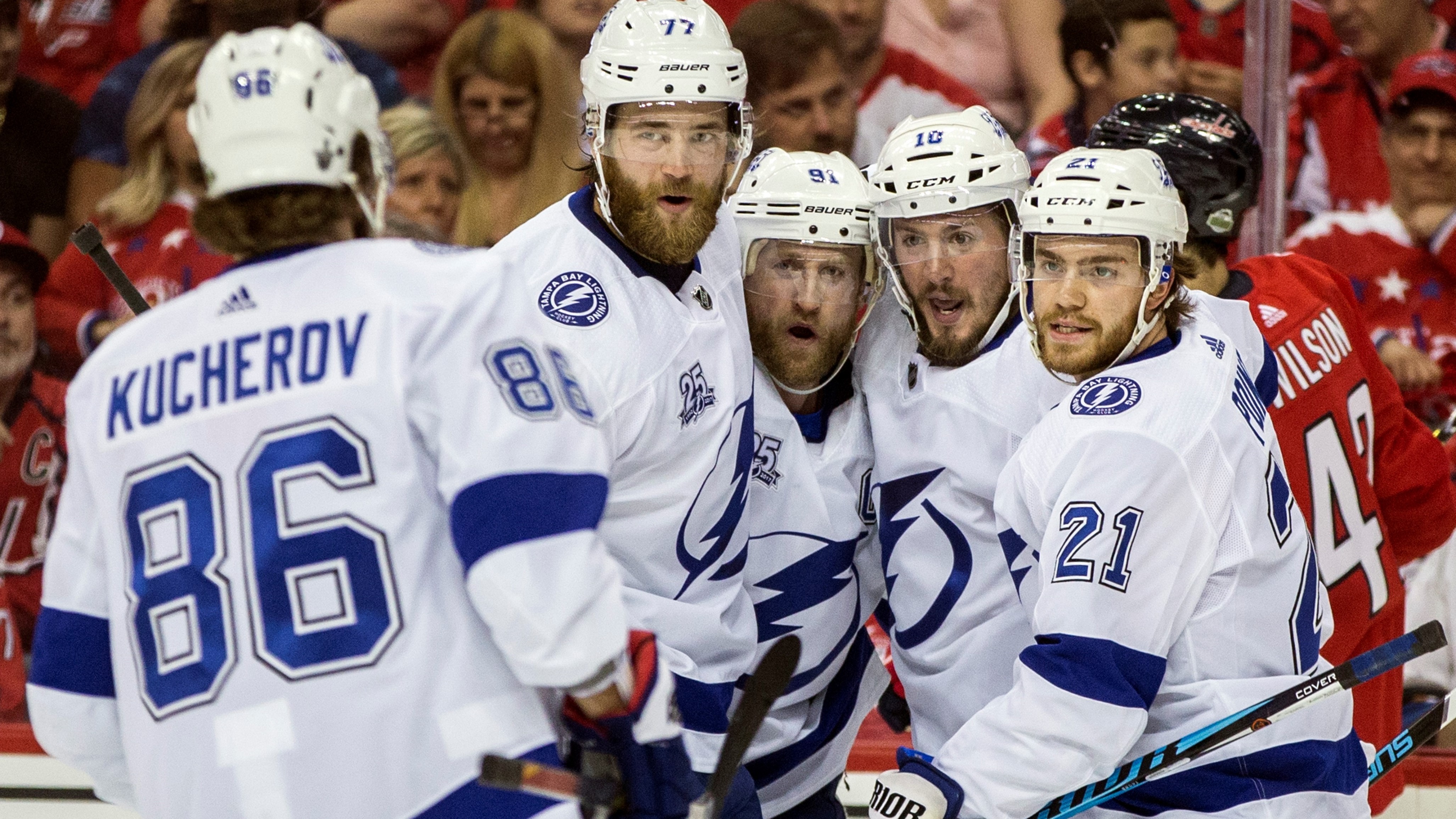 Victor Hedman (1-2—3), Steven Stamkos (1-1—2), Nikita Kucherov (1-1—2) and Brayden Point (1-1—2), who all represented the Lightning at home during the 2018 NHL All-Star Game in Tampa alongside goaltender Andrei Vasilevskiy (36 saves), combined for all four goals as the Lightning cut their series deficit to 2-1 in the Eastern Conference Final.

* Stamkos – who scored for the third consecutive game – extended his point streak to six contests (5-4—9). He notched his 10th career power-play goal in the Stanley Cup Playoffs (all w/ TBL) to move into a tie with Martin St. Louis for the most in franchise history.

* Point recorded his fourth multi-point game of the postseason and second in as many contests. He ranks third on the team with 6-8—14 in the 2018 Stanley Cup Playoffs and leads all Lightning skaters with five goals and 11 points (tied) since the start of the Second Round.

Lightning defenseman Victor Hedman extended his point streak to eight games (1-10—11), tied for the longest in the 2018 Stanley Cup Playoffs (w/ Jake Guentzel). This marks just the 15th time in NHL history that a defenseman has recorded a point streak of eight-plus games in the postseason and first since Pittsburgh’s Larry Murphy had a nine-game run in 1995 (2-13—15 in 9 GP).

* The record for longest point streak by a defenseman in the postseason belongs to Calgary’s Al MacInnis, who put together a 17-game stretch (7-19—26 in 17 GP) during the Flames’ Stanley Cup run of 1989 en route to being awarded the Conn Smythe Trophy.

* Hedman, who was named a finalist for the Norris Trophy for the second consecutive season, matched his career high for points in a playoff game originally set in Game 3 of the 2016 Second Round (1-2—3 at NYI). Only one other defenseman in franchise history has recorded three points in a postseason contest: Eric Brewer in Game 2 of the 2011 Conference Quarterfinals (1-2—3 at PIT).

The Golden Knights pack another franchise first into their inaugural NHL season when they host a Conference Finals game for the first time on Wednesday against the Jets. When a Conference Finals/Semifinals series is tied 1-1 (since 1974-75), the winner of Game 3 holds an all-time series record of 35-8 (81.4%).