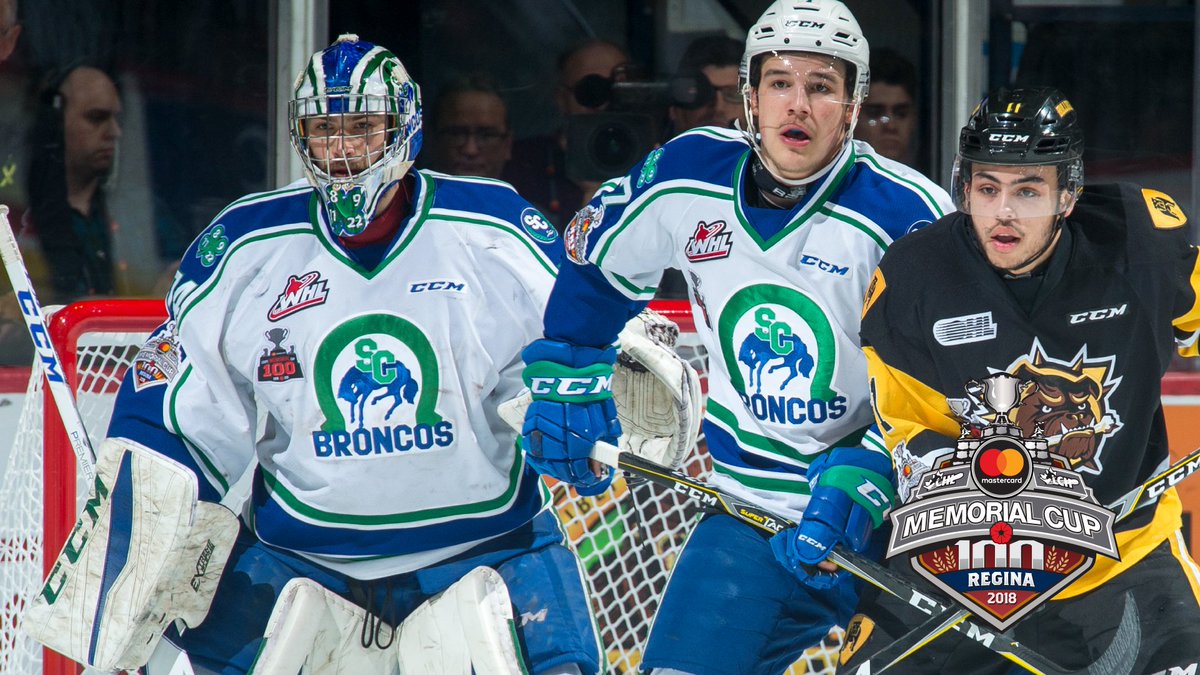 --The Swift Current Broncos are in a must-win position at the Mastercard Memorial Cup. Despite the heroics of Stuart Skinner, the WHL champs were beaten 2-1 by Hamilton.  Skinner stopped 54 of 56 shots, but one by Marian Studenic with 2:01 to play in the 3rd was the winner.  Hamilton is 1-1 and will play Acadie-Bathurst on Tuesday at 8.  Swift Current is 0-2 and plays 1-1 Regina Wednesday at 8 to close out the round-robin.

--A Game 7 is needed in the NHL East final.  Braden Holtby stopped 24 shots in a 3-0 Washington win. Game 7 is Wednesday in Tampa. Vegas awaits the winner.  If Washington wins, the Stanley Cup final starts Monday in Vegas.  A Lightning win will see them have home ice advantage with the game still going on May 28.

--Lou Lamoriello appears to be heading to New York. Multiple media reports say the former Leafs G-M will be hired by the Islanders in a hockey operations role.

--Canadian pitcher Nick Pivetta struck out seven over seven innings to lead the Phillies to a 3-0 win over Atlanta. The Victoria native is 4-and-2 on the year.

---Riders training camp continues in Saskatoon with Tuesday being Day 3.  Early on, it appears as if Cameron Judge, the team's first-round draft pick last year, will get an opportunity to start at weak-side linebacker.   Defensive lineman Rakim Cox tweaked his back while tying his shoes prior to practice and missed the day as a result.
at 5/22/2018


That was one helluva effort by Skinner. Hamilton skated circles around the Broncos. Looked a lot different than the game against the Pats.


GO CAPS!! Former Pats players Barry Trotz and Chandler Stephenson on team with Ross Mahoney in the upper circle. DOWN WITH VEGAS!!