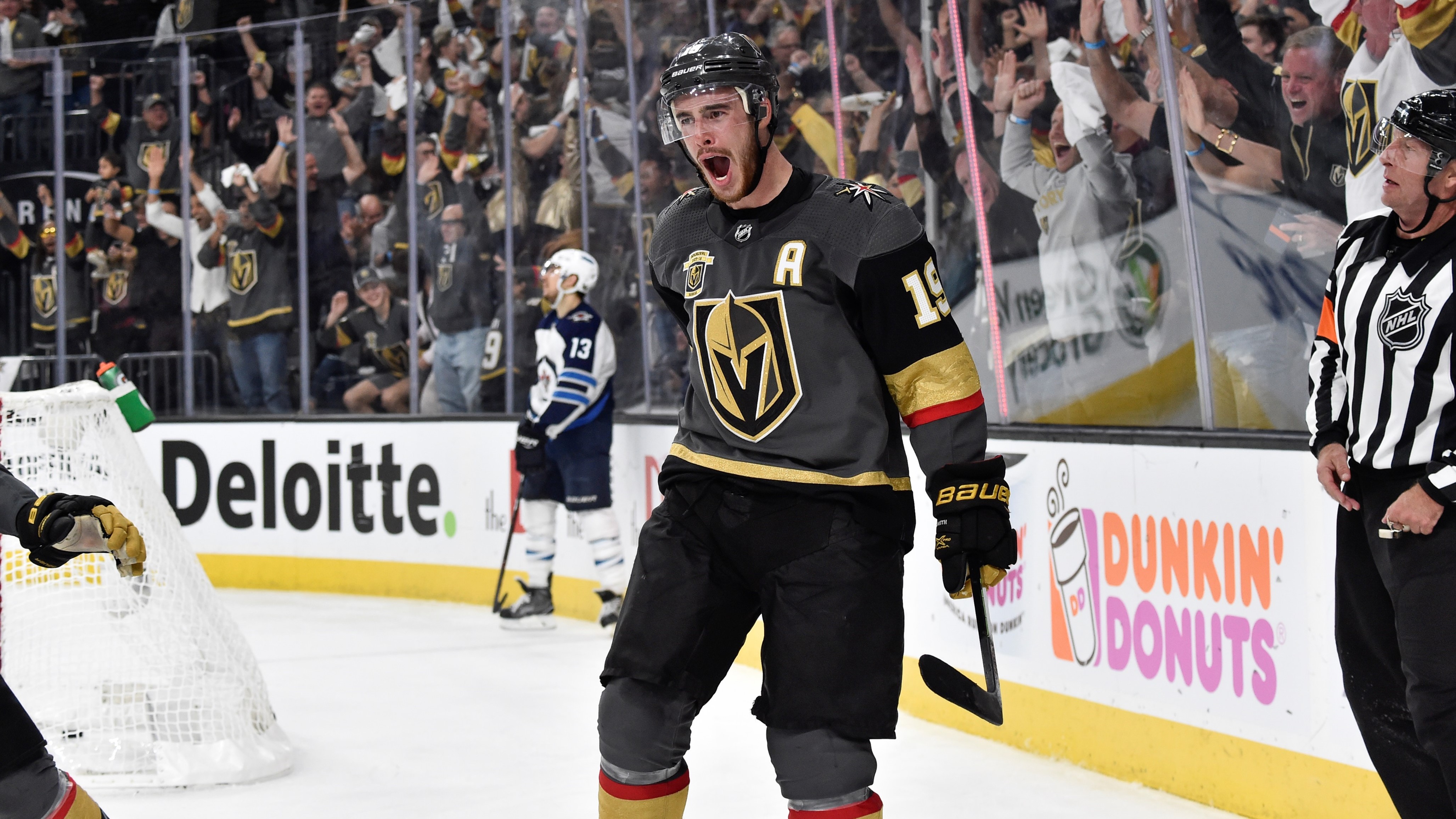 Reilly Smith (1-1—2) raced up the ice to score the go-ahead goal with 6:58 remaining in regulation as the Golden Knights won Game 4 to take a 3-1 series lead in the Western Conference Final. Vegas, which shared third in the NHL with 29 home wins during the regular season, improved to 6-1 at T-Mobile Arena in the 2018 Stanley Cup Playoffs.

* Jonathan Marchessault (0-1—1) extended his point streak to six games (6-4—10) and boosted his totals to 8-10—18 in the 2018 Stanley Cup Playoffs to match the NHL record for most points by a player with a franchise in its first-ever postseason. His linemate Smith (2-14—16), who registered his fourth multi-point game of the postseason and second in three contests, moved within two of the mark.

* The first postseason in League history saw the Toronto Arenas win the 1918 NHL Final, a two-game total-goals series, by a 10-7 margin against the Montreal Canadiens before defeating the Pacific Coast Hockey Association's Vancouver Millionaires to win the Stanley Cup. In 1968, the St. Louis Blues defeated the Philadelphia Flyers and Minnesota North Stars to emerge from the all-expansion West Division and advance to the Stanley Cup Final.

* In addition to the Arenas and Blues, only three other franchises in NHL history have clinched a Stanley Cup Final berth in their first-ever postseason appearance – the Montreal Maroons in 1926 (second season), Boston Bruins in 1927 (third season) and Florida Panthers in 1996 (third season).

* Elias notes that outside of a league’s inaugural campaign and excluding teams that joined from other leagues, the fastest a team has reached the final in either the MLB, NBA or NFL is five seasons (in respective expansion eras). The Florida Marlins reached (and won) the World Series in 1997, their fifth season.

GOLDEN KNIGHTS CONTINUE TREND OF QUICK STRIKES
The Golden Knights continued two recent scoring trends in Game 4 when they potted the first goal early in regulation and quickly answered a Jets goal in the second period.

* William Karlsson opened the scoring at 2:25 of the first period, marking the fourth game this postseason and second in a row that the Golden Knights have scored in the opening five minutes of regulation. Vegas owns a 4-0 record in those contests.

* After the Jets tied the game 1-1 on a power play with Tomas Nosek serving a tripping penalty, Nosek himself answered with a goal 43 seconds later. This marked the fourth time in this series that the Golden Knights answered a Jets goal within a two-minute span, and the third time they have done so inside of a minute.

SNEAK PEEK AT SATURDAY’S ACTION
The Capitals and Lightning face off in Game 5 of the Eastern Conference Final on Saturday in Tampa.

The prices are already 30% lower for Memorial Cup in Halifax next year. They have leaned from Regina and Windsor's mistakes.