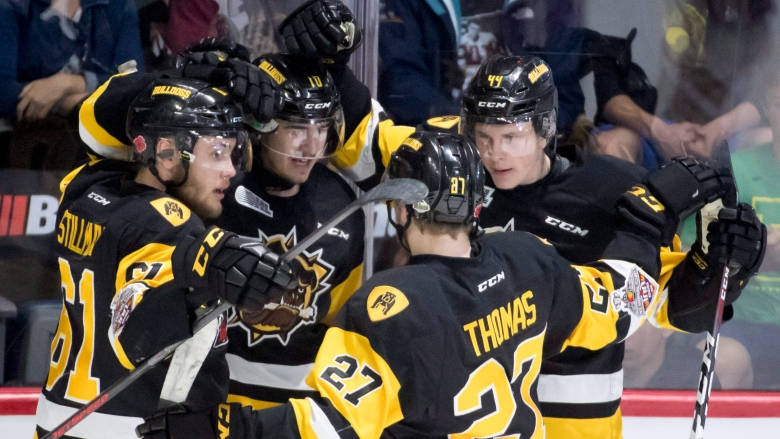 -- The San Jose Sharks and left wing Evander Kane have reportedly agreed to terms on a long-term contract extension.  The deal is apparently seven years worth 49 million dollars.  The 26 year old was traded to the Sharks at the trade deadline. He is eligible to be a free agent July 1.

--Jake Harty's season is over before it started.  It is believed the Riders receiver, who signed as a free agent, suffered a torn ACL Sunday during training camp.

--ESPN released its Fame 100 list on Tuesday. That list consists of the 100 most famous athletes in the world is compiled based on how often an athlete's name is searched online, earnings from endorsements and social media followers.  Cristiano Ronaldo, Lebron James and Lionel Messi are the top 3. No NHL or MLB player made the list.

-- NFL owners gave temporary approval Tuesday for a proposal designed to make the kickoff safer. The new rule will be in place for the 2018 season but will be evaluated next spring based on injury numbers and other factors.

The primary changes include:

If the numbers don't improve to the league's liking, more dramatic changes -- including the elimination of kickoffs -- would be on the table for 2019.

Evander Kane at 7 years 49 million, he wont last, waste of money on that team mis-"management".


Those who think they are too good for the Memorial Cup are missing a helluva show. it's been great hockey. Maybe instead of going to the liquor store for another case or the casino, they should check out the games first hand.