Marc-Andre Fleury turned aside all 28 shots he faced and Jonathan Marchessault’s fourth goal of the series stood as the game winner as the Golden Knights earned a series-clinching shutout win in consecutive rounds to advance to the Western Conference Final.

* The Golden Knights became just the third franchise in NHL history to win multiple series in its inaugural season. The first postseason in League history saw the Toronto Arenas win the 1918 NHL Final, a two-game total-goals series, by a 10-7 margin against the Montreal Canadiens before defeating the Pacific Coast Hockey Association's Vancouver Millionaires to win the Stanley Cup. In 1968, the St. Louis Blues defeated the Philadelphia Flyers and Minnesota North Stars to emerge from the all-expansion West Division and advance to the Stanley Cup Final.

* Among teams to debut in the conference era (since 1974-75), only four others reached the Conference Finals within their first four seasons. The Quebec Nordiques, Minnesota Wild and Florida Panthers each advanced to the Conference Finals in their third season, while the Edmonton Oilers did so in their fourth. The Nordiques and Oilers were part of the World Hockey Association before joining the NHL.

* Vegas owns an 8-2 record through its first 10 playoff games – the best record through a franchise’s first 10 postseason contests in NHL history. Only two other clubs have required fewer than 14 games to record their eighth all-time playoff win: Florida needed 11 games to win each of their first two series en route to an appearance in the 1996 Stanley Cup Final and Buffalo won eight of their first 13 playoff games from 1973 to 1975.

* The line of Jonathan Marchessault (4-7—11), Reilly Smith (1-10—11) and William Karlsson (4-6—10) combined for the opening goal on Sunday and are the top three point producers for Vegas in the 2018 Stanley Cup Playoffs. The Golden Knights became the third franchise in NHL history to feature three players with at least 10 points apiece through the first 10 games of its inaugural postseason, joining the New York Islanders in 1975 (Jude Drouin, J.P. Parise, Ed Westfall) and Mighty Ducks of Anaheim in 1997 (Paul Kariya, Dmitri Mironov, Teemu Selanne).

FLEURY SHINES IN PURSUIT OF FOURTH STANLEY CUP
Three-time Stanley Cup champion Marc-Andre Fleury registered his third straight shutout in a series-clinching win, following a 2-0 victory with the Penguins in Game 7 of the 2017 Second Round at WSH and a 1-0 win with the Golden Knights in Game 4 of the 2018 First Round at LAK. He recorded his fourth career series-clinching shutout overall, trailing only Chris Osgood (5) for the most by a goaltender in NHL history. 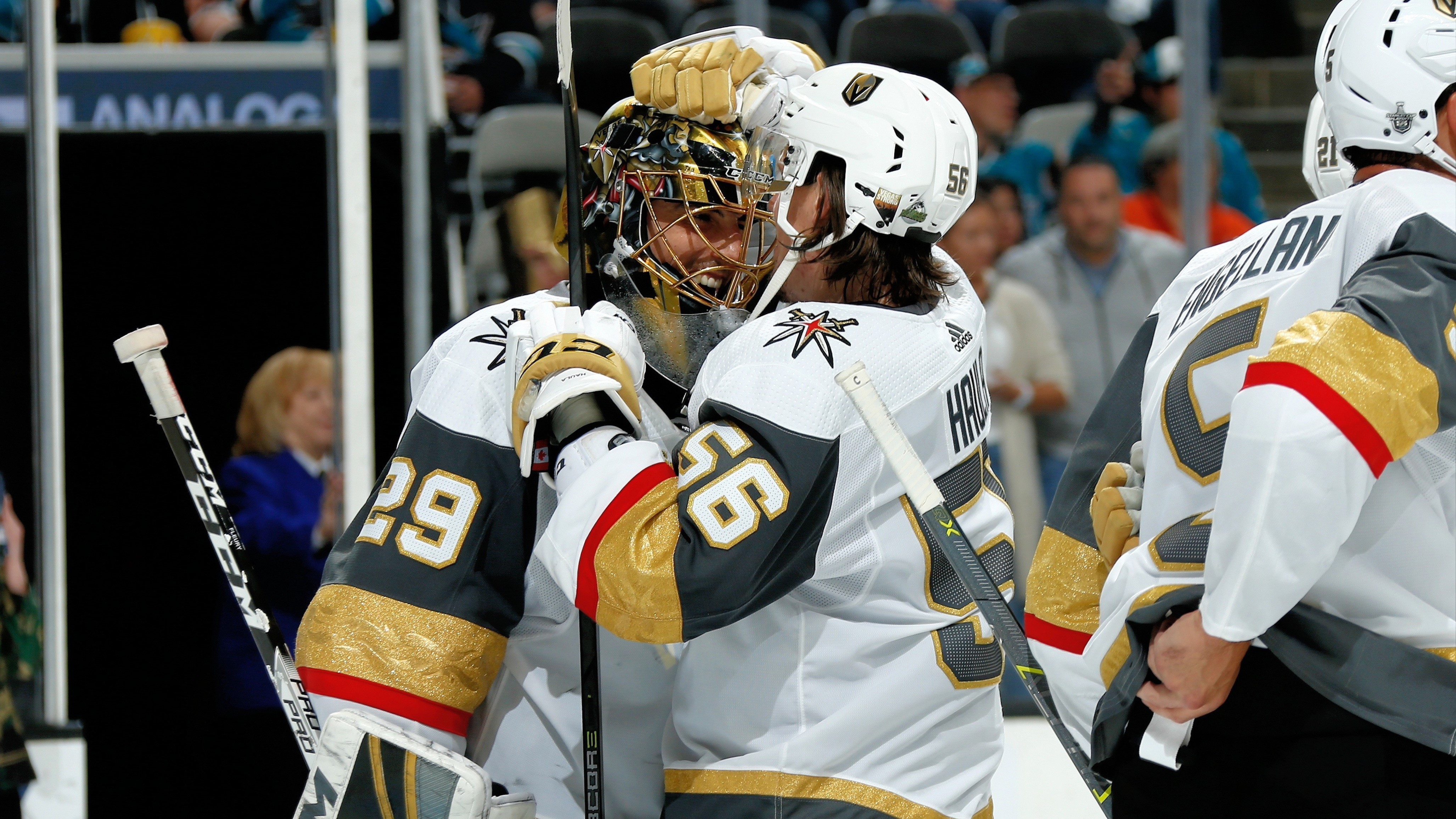 * Fleury earned his 14th career postseason shutout, including an NHL-best four in the 2018 Stanley Cup Playoffs, to move into a tie with Dominik Hasek, Jacques Plante and Ed Belfour for sixth place on the NHL’s all-time list among goaltenders. He is the first goaltender to record four shutouts in a single postseason since 2011, when Vancouver’s Roberto Luongo and Boston’s Tim Thomas each registered four.

* Fleury, who played Games 1-3 of the 2017 Eastern Conference Final with the Penguins, is set to become the fifth goaltender to make consecutive appearances in the Conference Finals with different clubs (since conferences were introduced in 1974-75). The only other netminders to achieve that feat: Glen Hanlon (NYR and DET), Glenn Healy (NYI and NYR), Mike Smith (TBL and PHX) and Antti Niemi (CHI and SJS).

J.T. Miller's second period marker stood as the series-clinching goal as the Lightning won Game 5 to advance to the Eastern Conference Final for the fifth time in franchise history (also 2004, 2011, 2015 and 2016). The Lightning improved to 6-0 in a series in which they held a 3-1 lead – including a 2-0 mark in the first two rounds of the 2018 Stanley Cup Playoffs.

* Andrei Vasilevskiy made 27 saves, including stopping all 14 shots he faced in the third period, to improve to 8-2 in the 2018 Stanley Cup Playoffs (2.20 GAA, .927 SV%). A finalist for the Vezina Trophy in 2017-18, Vasilevskiy shared the League lead among all goaltenders with 44 wins during the regular season.

* The Lightning became the eighth team in the last 20 years (since 1998) to clinch a berth in the Conference Finals three times in a four-year span. All but one of the previous seven clubs captured the Stanley Cup at least once during that four-year period.

The Capitals and Jets look to secure Game 6 victories to advance to the Conference Finals. Washington has reached the Eastern Conference Final on two prior occasions (1990 and 1998), while Winnipeg is looking to advance three rounds deep for the first time in franchise history.