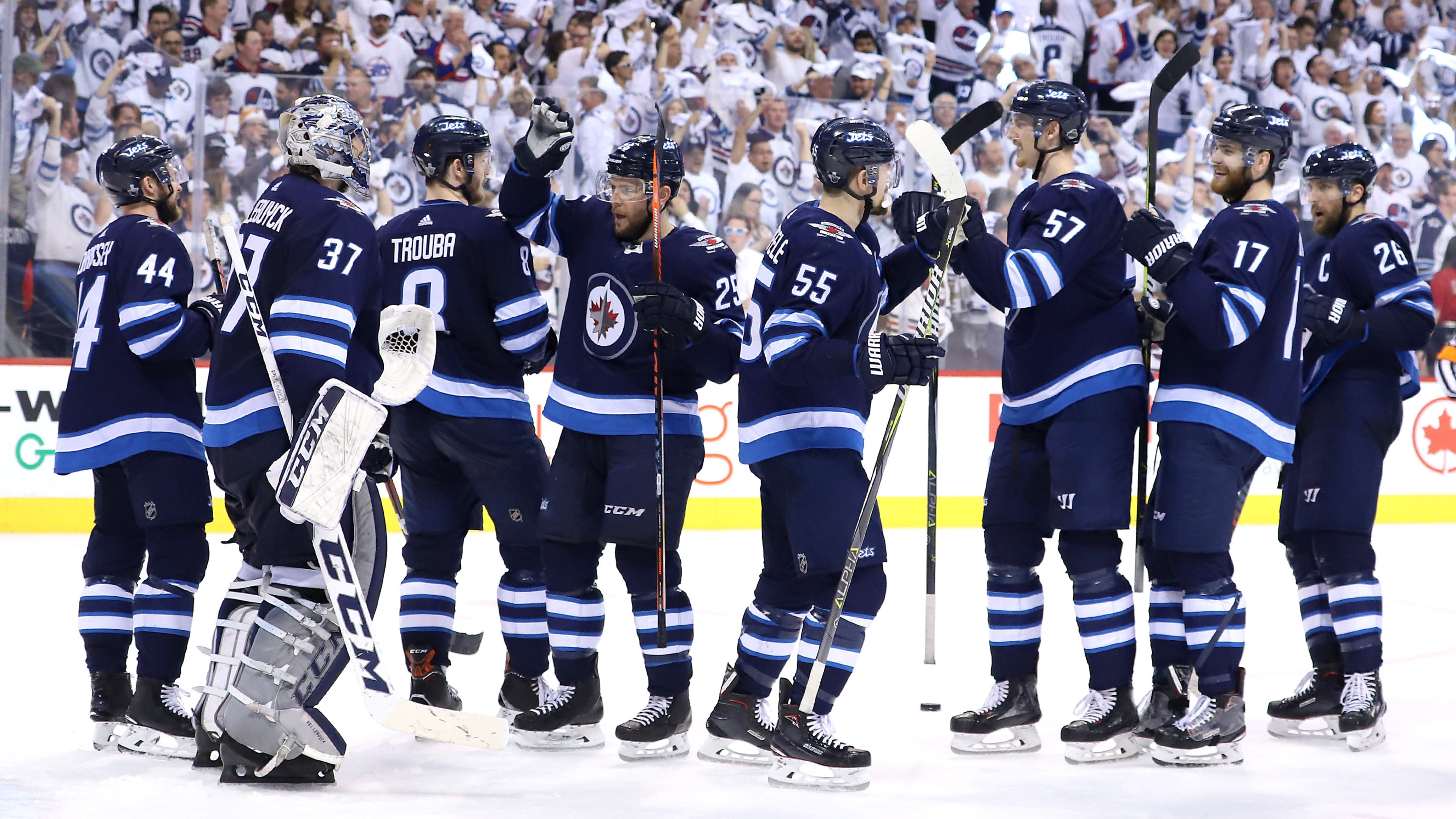 Dustin Byfuglien (1-1—2), Mark Scheifele (1-1—2) and Blake Wheeler (0-3—3) all recorded multiple points as the Jets scored three goals in the opening 7:35 of the first period, including two in a span of 46 seconds, to open the Western Conference Final with a victory in front of another raucous Whiteout crowd at Bell MTS Place. Winnipeg improved to 5-2 at home in the 2018 Stanley Cup Playoffs, outscoring opponents 24-15 in those contests.

* Byfuglien opened the scoring at 1:05 of the first period, the fastest goal to begin a game by a franchise making its Conference Finals/Semifinals debut (since 1974-75). The Jets improved to 8-1 in the 2018 Stanley Cup Playoffs when scoring the game’s opening goal.

* Byfuglien paces all defensemen with 5-10—15 in the 2018 Stanley Cup Playoffs and his five multi-point efforts lead all blueliners this postseason.

* Wheeler recorded his third three-point performance in his last six games (2-9—11). He boosted his totals to 3-15—18 overall in the 2018 Stanley Cup Playoffs and leads all players with 15 assists. In the 2017-18 regular season, Wheeler tied Flyers captain Claude Giroux for the League lead with 68 helpers.

* Scheifele, who is tied for fourth in the 2018 Stanley Cup Playoffs with 12-6—18, registered his eighth multi-point game of the postseason and third in his last four contests. This marks the 20th time in NHL history and just eighth in the last 30 years that a player has posted multiple points in eight or more of his team’s first 13 games of a postseason. Sidney Crosby (twice) is the only other active player to accomplish the feat.

SNEAK PEEK AT SUNDAY’S ACTION
The Lightning look to bounce back from a series-opening loss on home ice when they host the Capitals in Game 2. Teams that take a 2-0 series lead in the Conference Finals/Semifinals (since 1974-75) hold an all-time series record of 39-2 (95.1%).


Someone in the loser faction is diggin deep Scruff!