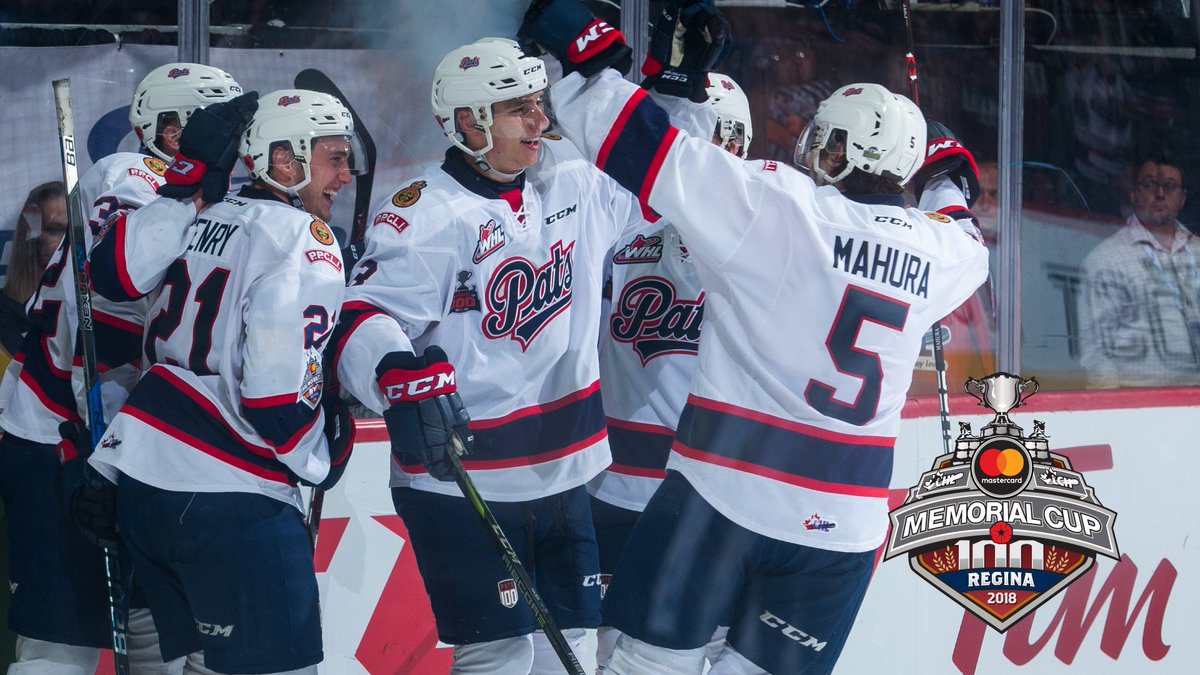 --It was the Sam Steel show at the Brandt Centre.  The Regina Pats captain tied a Mastercard Memorial Cup record with 5 assists as the Pats beat Swift Current 6-5 to avoid a tiebreaker.  The win eliminates the Broncos from the tournament and sends Regina to a semi-final against Hamilton Saturday night. Nick Henry had a hat-trick for the winners.

--The Washington Capitals are headed to the Stanley Cup Final.  The Capitals beat the Tampa Bay Lightning 4-0 to win Game 7 of the Eastern Conference final.  Andre Burakovsky had a pair for the winners while Braden Holtby stopped 29 shots to record his 2nd straight shutout. The Lightning, who were the NHL's highest scoring team, did not score a goal in just under 160 minutes against the former Saskatoon Blade netminder.  The Capitals have not been in the Stanley Cup since 1998.  The Stanley Cup Final will start Monday in Vegas.

--The SJHL's Kindersley Klippers and Notre Dame Hounds are in need of a new head coach.  Geoff Grimwood resigned in Kindersley while the Hounds are looking for a new bench boss after Clint Mylymok stepped down to take a position as Head Coach and GM of the Maryland Black Bears of the North American Hockey League. The vacancies mean four teams are looking for head coaches as the Battleford Stars and Humboldt Broncos are also looking for new personnel.

-- Olympic curler Cheryl Bernard has been named the new president and chief executive officer of Canada's Sports Hall of Fame.
Bernard, who skipped Canada to women's silver at the 2010 Winter Olympics, takes on her new job next month.
Canada's Sports Hall of Fame is located in Calgary at WinSport's Canada Olympic Park.
It houses 100,000 artifacts in a dozen galleries and features 657 inductees across 66 sports.
at 5/24/2018