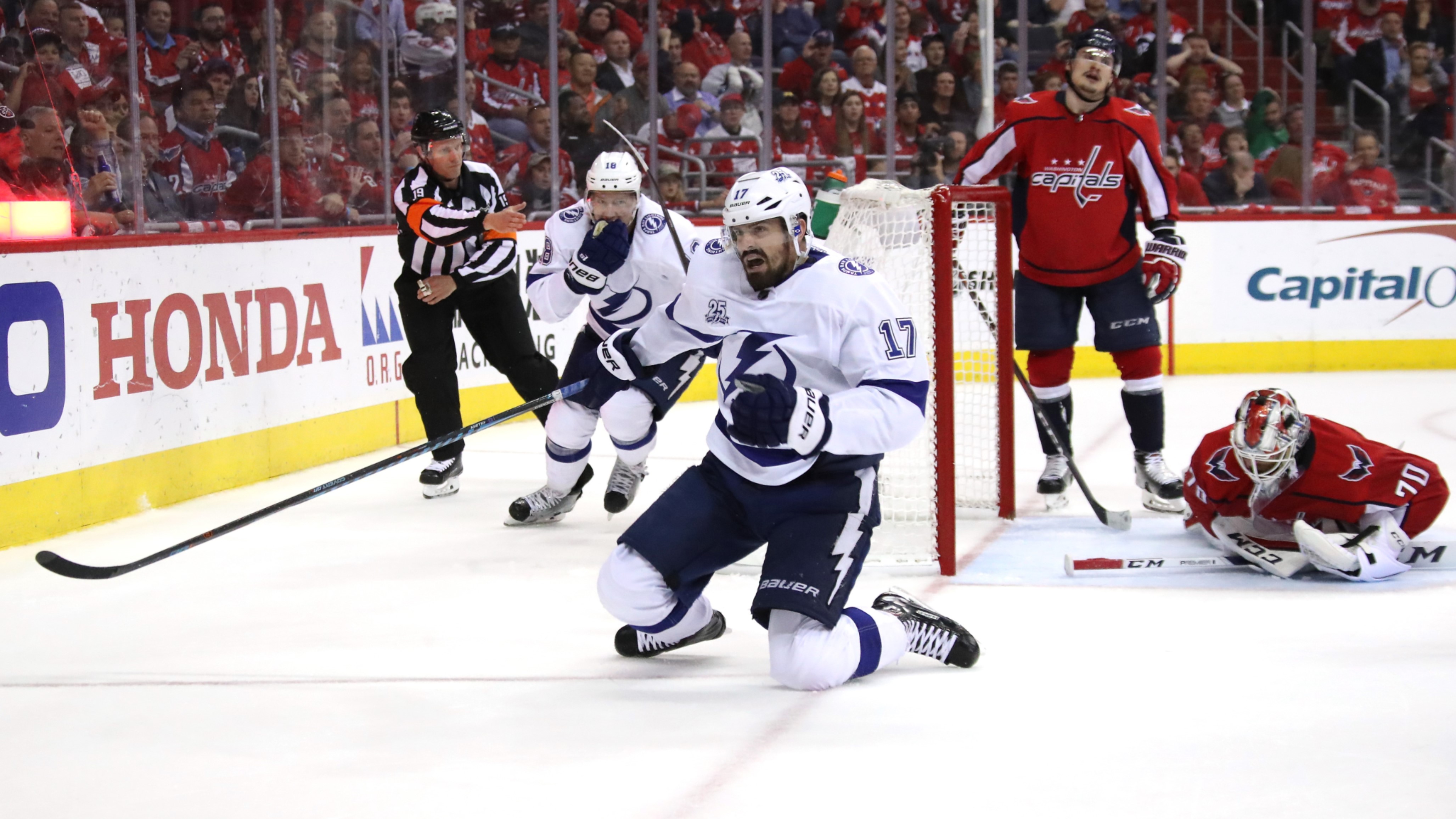 Alex Killorn broke a 2-2 with 8:03 remaining in the third period as the Lightning won Game 4 and evened the Eastern Conference Final at two games apiece. Tampa Bay improved to 7-0 in seven all-time road playoff games in Washington.

* Overall, this marks the 26th best-of-seven series in Stanley Cup Playoffs history in which the road team has won each of the first four games – and third such occurrence in the Conference Finals/Semifinals (since 1974-75). The others: CGY-SJS (2004) and NJD-PHI (1995).

* Steven Stamkos scored his 11th career power-play goal in the Stanley Cup Playoffs (all w/ TBL) to surpass Martin St. Louis for the most in Lightning history. He has registered one power-play goal in each game during the Eastern Conference Final (4-2—6 in 4 GP).

* Andrei Vasilevskiy made 36 saves for the second straight game, including nine in the third period. Vasilevskiy, who led the NHL with 18 road victories during the regular season, improved to 5-1 as a visitor during the 2018 Stanley Cup Playoffs (1.99 GAA, .941 SV%).

Vegas looks to take a 3-1 lead, while Winnipeg attempts to even the series when they face off in Game 4 of the Western Conference Final. The Golden Knights, who shared third in the NHL with 29 home wins during the regular season, own a 5-1 record at T-Mobile Arena in the playoffs.

* Golden Knights forward Jonathan Marchessault (8-9—17), who has scored two goals in each of the last two contests and has collected 6-3—9 during a five-game point streak, sits one point shy of matching the NHL record for most by a player in his team’s first postseason appearance, set by the Islanders’ Jude Drouin (6-12—18) in 1975 and matched by the Sharks’ Igor Larionov (5-13—18) in 1996.

* Jets forward Mark Scheifele, who registered his 10th and 11th road goals in Game 3 to set a single-year NHL postseason record, has scored in six straight games as a visitor dating to the First Round (11-2—13). He leads the playoffs with 14 goals overall; the last player with more goals in a single postseason was the Penguins’ Sidney Crosby in 2009 (15).