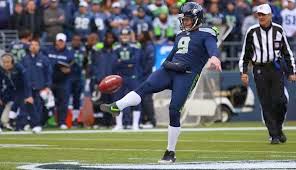 His signing hasn't been made official by the football team, but Jon Ryan has sent out a Tweet saying he is a member of the Saskatchewan Roughriders.

The 37-year-old started his career in the CFL with the Winnipeg Blue Bombers after concluding his time with the University of Regina Rams in 2004.  In 2005, he set the record for highest punting average at 50.6 yds per kick which is a record that still stands.

After two years in Winnipeg, Ryan went to the NFL where he spent two seasons with the Packers and twelve with Seattle winning one Super Bowl and appearing in two games.

He was released by the Seahawks prior to the start of last season.  He tried out for Buffalo and appeared in one pre-season game with the Bills, but was cut soon after

What a shocker!! News headline of the year.

When we look back at this season in hindsight, this will be the Hightlight of the 2019 Rider Season.