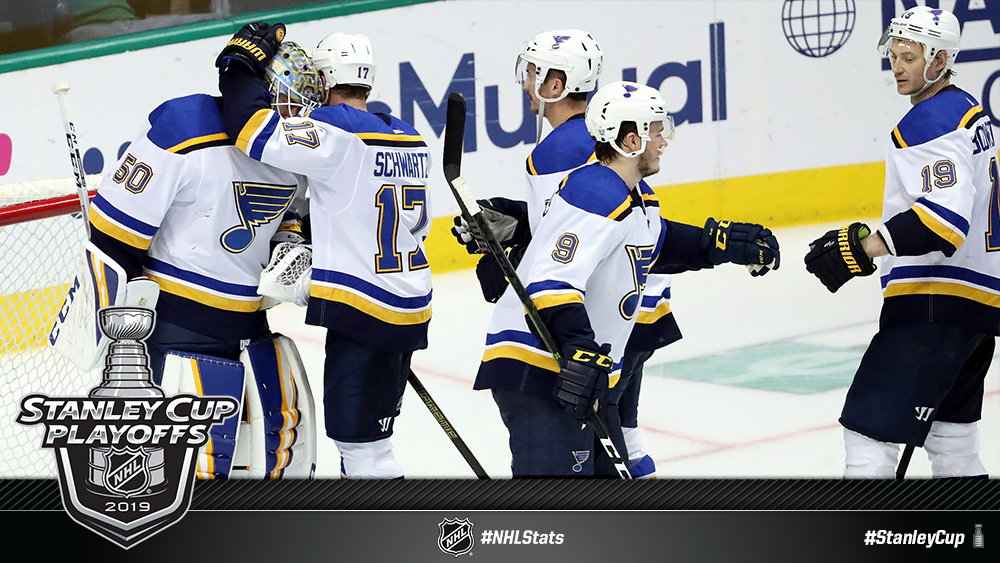 
* Sammy Blais scored in his Stanley Cup Playoffs debut to help the Blues defeat the Stars and force Game 7.

* The Blues and Stars will require Game 7 for the fifth time in their 14 all-time head-to-head series, with St. Louis owning a 3-1 edge in the previous four such contests.

* The Bruins and Sharks each look to earn series-clinching wins on the road when they visit the Blue Jackets and Avalanche for Game 6 tonight. 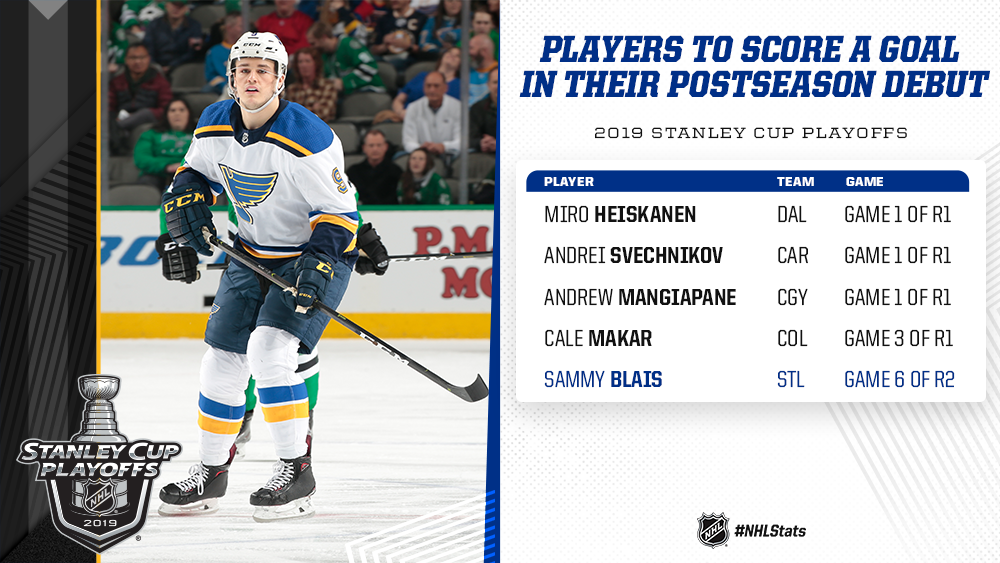 Sammy Blais scored a third-period goal in his Stanley Cup Playoffs debut 33 seconds after a Jaden Schwartz (1-1—2) strike to help the Blues defeat the Stars on the road and force Game 7.

* St. Louis improved to 5-1 as visitors in the 2019 Stanley Cup Playoffs, with its only road loss occurring in Game 4 of the Second Round (4-2 L at DAL). The Blues’ five road wins are their second-most in a postseason in franchise history, behind only their mark of six set during the 2016 Stanley Cup Playoffs (6-4).

* David Perron scored his second career winning goal in the Stanley Cup Playoffs and first since the series clincher in Game 5 of the 2012 Conference Quarterfinals (3-1 W vs. SJS). Perron, who was selected by St. Louis with the 26th overall pick in the 2007 NHL Draft, was acquired by the Blues in the offseason to begin his third stint with the team.

The Blues and Stars will contest their 17th and 13th all-time Game 7, respectively, with both of their last such contests occurring when they faced each other in the 2016 Second Round. St. Louis earned a 6-1 road win over Dallas powered by 1-2—3 from then 20-year-old Robby Fabbri, who became the youngest player in NHL history to register three points in a Game 7.

The Bruins and Sharks look to earn series-clinching wins on the road when they visit the Blue Jackets and Avalanche for Game 6 at Nationwide Arena and Pepsi Center, respectively.

* A win by the hosts will propel Columbus to its first Game 7 in franchise history. The Blue Jackets can become the 16th franchise in NHL history to win its first-ever Game 7 and second in as many years after the Jets accomplished the feat during the 2018 Second Round (5-1 W at NSH).

* Colorado looks to win Game 6 after facing a 3-2 series deficit for the fifth time in franchise history and first since the 2002 Conference Semifinals when Peter Forsberg scored the overtime winner against San Jose (2-1 OT W). The Avalanche went on to earn a 1-0 regulation victory over the Sharks in Game 7 to advance to the 2002 Western Conference Final.