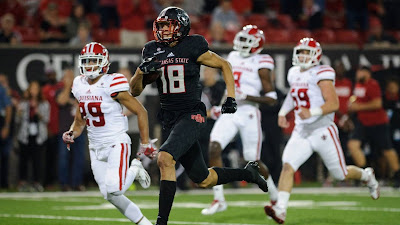 The Saskatchewan Roughriders will have their top two draft picks with them when training camp starts in Saskatoon next week.

McInnis,  was chosen sixth overall and spent three seasons with Arkansas State University.  He hauled in 115 catches for 1,577 yards and 10 touchdowns and was second on the team last season with 56 receptions for 694 yards and six touchdowns.

Lenius, a Regina native, originally went to school at the University of Washington before transferring to New Mexico State.


Looking forward to seeing what JM can do. God knows we need some good receivers!

Wasn't sure what it would be like with RP gone, but now it's who? I might be exaggerating a little.