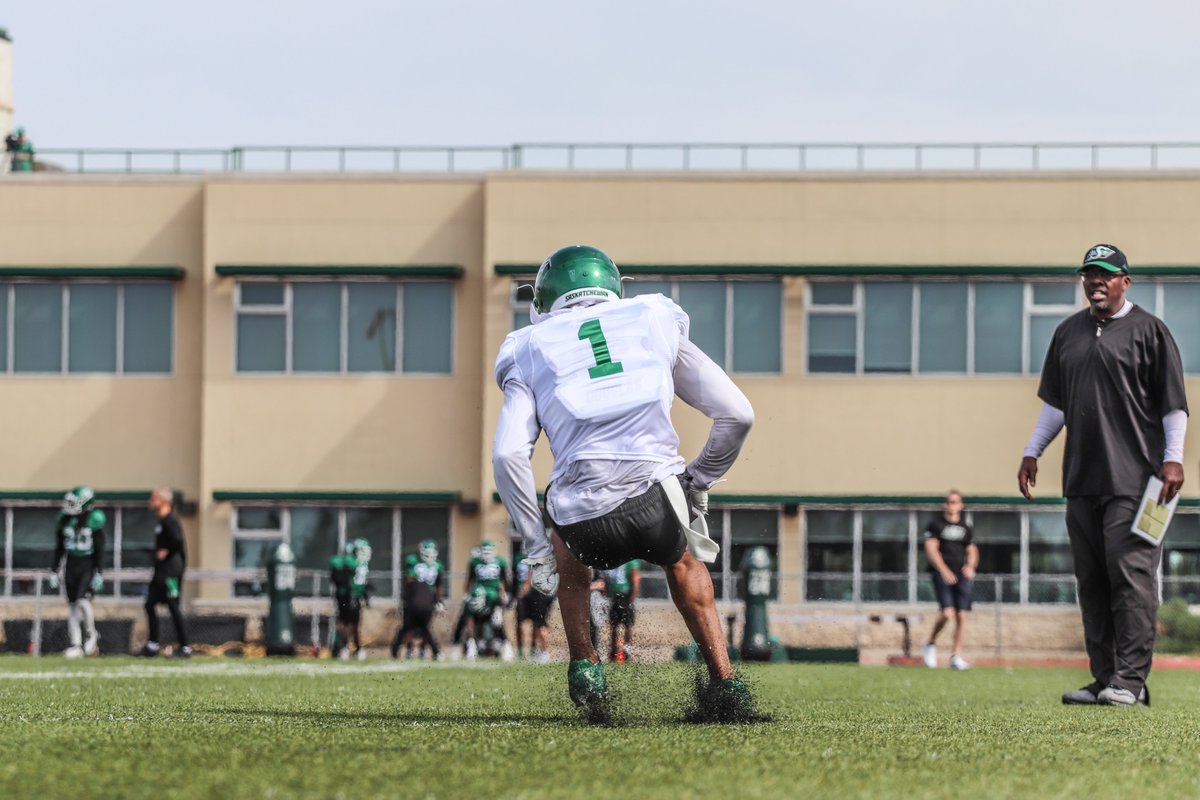 The pads were back on for a beautiful fifth day of training camp. The team practiced special teams drills and the quarterbacks had a pretty good day. Receivers K.D. Cannon and Naaman Roosevelt wowed the crowd with some big catches.


PLAY OF THE DAY

Naaman Roosevelt came through with a big 50-yard touchdown tossed by Zach Collaros during the team scrimmage.


QUOTE OF THE DAY

“Zimmermann’s a tough kid. He’s had an ankle (injury), I think a quad (injury). He just keeps playing. He’s out here running gassers at the end of practice and I’m like ‘dude you need to stop running.’ But he’s a tough kid, he just wants to make this team and he’s willing to do anything and everything to do that, so we’ve been really pleased with him.”  – Head Coach Craig Dickenson on German wide receiver Max Zimmermann

Practice runs from 9 a.m. to noon.