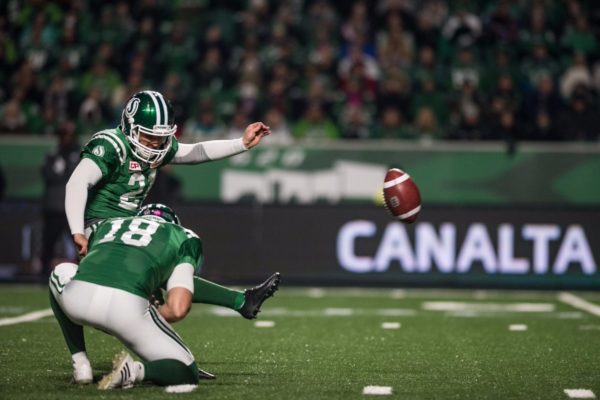 One question for the Saskatchewan Roughriders going into training camp was answered Tuesday morning as the club released veteran placekicker Tyler Crapigna.   This means the kicking duties will be squarely on the foot of Brett Lauther who is coming off a career season.

Crapigna spent two-plus seasons with the football team after being picked up in a trade late in the 2015 season and spent 2016 and 17 with the green-and-white connecting on 76 of 88 field goals.

He missed all of last season after undergoing hip surgery.  That prompted the Riders to bring in Lauther who made 54 of 60 field goals on the season including a league-long 57 yard field goal.